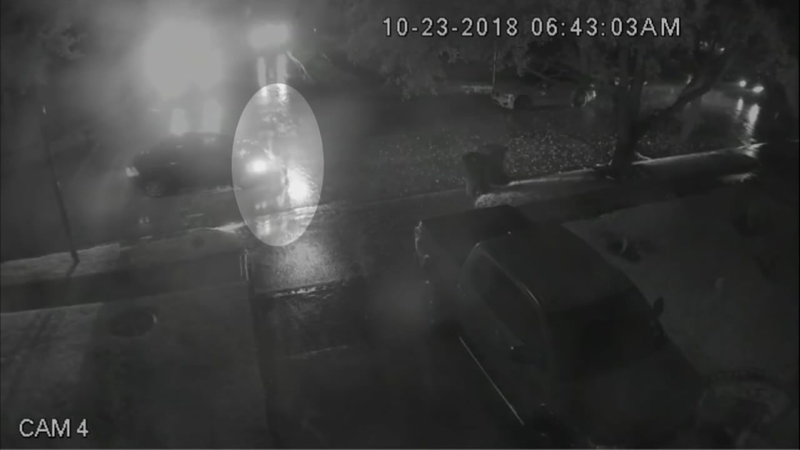 Boy struck while walking to bus in Richmond

RICHMOND, Texas (KTRK) -- A Fort Bend County mother is warning others after her son was hit crossing the street to catch the bus.

Priscilla Phan's son plays in the road and crosses the street to catch his bus. Because of this, she's always had a strong message for her elementary student.

"I kept telling him never to run out and to look both ways," Phan said.

It's a message she reinforced after another Richmond parent clocked drivers speeding through Lamar Consolidated ISD school zones.

But on a cold, damp day last week, Phan's message was drowned out.

"I told him over and over, and he didn't do it that day," Phan said.

Phan's home camera captured what happened when Peyton went to cross the road to catch the bus.

An oncoming car hits him, causing Peyton to stumble to the bus.

"He actually limped trying to go to school still because he had a test," Phan said. "My husband was like, 'No, we're going to get you checked.'"

"I'm frustrated, but then glad that he's okay," Phan said. "Now, I'm just determined to make people aware of it."

Make people aware of this rule of the road. The Department of Public Safety said when it comes to waiting on a bus, only vehicles traveling on the same road must stop for flashing lights.

That's not the case for vehicles on opposite roads. The driver that hit Peyton was traveling on another road.

The person did stop and spoke with Peyton's father. Phan said she's reached out to the sheriff's office and district.

Phan said she's been told the bus will park on the same side as her home. After his close call, she hopes Peyton learned a valuable lesson.

"To listen to mom," Phan said. "That way, hopefully, something like this doesn't ever happen again."