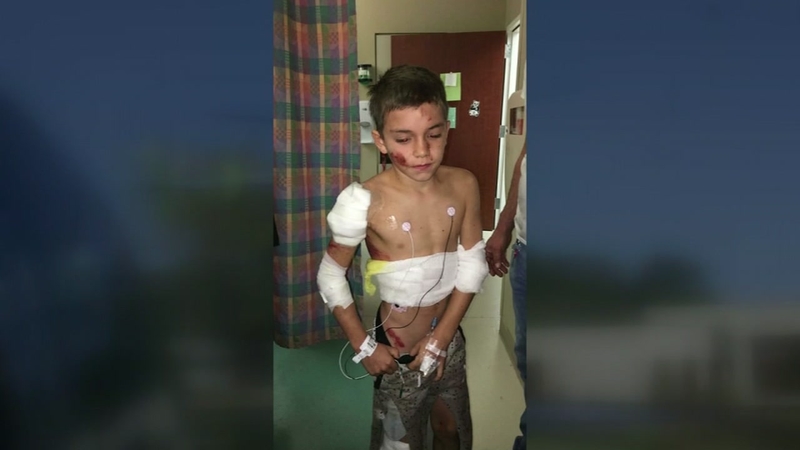 TRINITY, Texas (KTRK) -- Despite a three-year age difference, 11-year-old Kaden and 8-year-old Brenton are "best, best friends." In fact, the two boys are so close, they finish each other's sentences.

So when Kaden got into trouble Friday night near his home in rural Trinity, Texas, about 88 miles from Houston, it's no surprise Brenton was right there.

"I heard crying, so I tried to run as fast as I could," Brenton said.

Kaden's family dog, Duke, who is always in the mix, was immediately at the horse's hooves. He spooked Molly, who took off down the road. Kaden was bucked and dragged for about 10 feet. Brenton managed to get him to the closest house for help.

Kaden was rushed to the hospital and then flown to the Texas Medical Center with injuries to his head, torso and arms. He was in severe pain. His mother was overcome with worry.

Incredibly, Kaden walked away with mostly road rash and some staples in his head from where he was stomped.

But he also has a greater appreciation for his best friend. When they're together, they're inseparable.

"If he wasn't there, I don't know what would have happened," Kaden said.

"He's his true hero. We really love him a lot," added Moran.