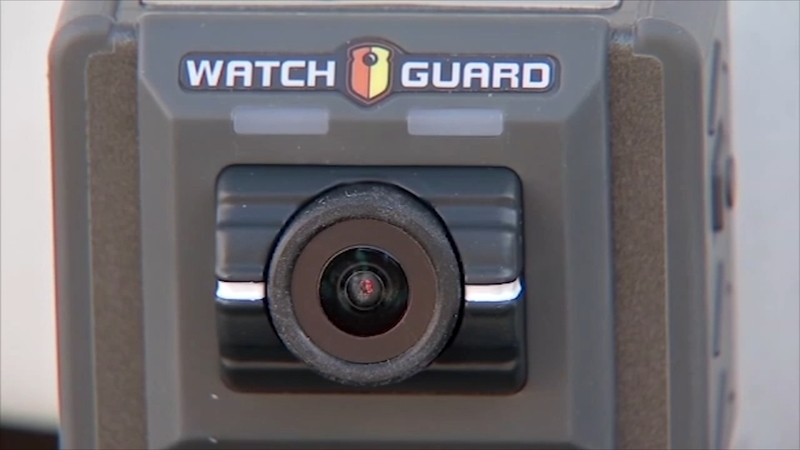 Days after 60,000 marchers demanded police reform locally and across the country, Turner stood with families of those recently killed in HPD officer-involved shootings at a morning news briefing.

It's easy to understand why families don't want their loved ones dying moments on the internet forever, but part of the promise of body cameras was to let all of us see what officers do. In Houston, those videos are rarely released, and in Texas, there's limited legal right for the public to see them.

Since April 2, HPD officers have shot 10 individuals, six of them fatally. All of them remain under investigation. So far, no wrongdoing has been determined.

A week ago, before Tuesday's march, Acevedo seemed eager to peel back the curtain on how Houston Police officers are policed. In an interview on Friday, May 29, Acevedo told 13 Investigates' Ted Oberg he'd met and would meet again with District Attorney Kim Ogg to discuss releasing more body camera video.

"Is it time to show Houstonians more of how you come to your conclusions?" Oberg asked.

"Absolutely," Acevedo told Oberg, "I've talked to the DA about that today, and we're going to come up with a plan here because I think transparency breeds trust."

Since then, a follow up meeting with the DA has been cancelled and Chief Acevedo has added qualifications to the release.

During Tuesday's march, Acevedo put pressure on Congress to act. "I've been talking to police chiefs across the country, we are tired of the inaction in Congress. I've done a lot of stuff on my own - what I do is when it comes to a use of force incident, we take care of business."

HPD's process of how that is done is shrouded in secrecy, and only released in rare instances when officers are criminally charged.

In the ABC13 town hall Thursday night, Acevedo insisted the release of body camera video from any of the 10 recent HPD officer-involved shootings would be premature without a national policy.

"We have to come up with a national policy. One law, 50 states," Acevedo explained suggesting one policy in Houston conflicting with another in Minneapolis could hurt transparency nationwide.

On Saturday, Acevedo added the wishes of family members who want video of their loved ones dying kept private. If on the other hand families want it released, Mayor Turner said he would consider that.

"There will be some cases where the family members will want the video released. In those cases and many of those, we would honor that," Turner said.

In a phone conversation after the news conference, Chief Acevedo said he would consider releasing videos up until the moment the trigger is pulled, a compromise to allow the public to see what the officer believed justified the use of deadly force without revealing the moment of death. "It should be part of the conversation," Acevedo said.

The mayor and chief suggests a, yet to be named, task force that will come up with suggested changes to police policy some time after August.