PLACERVILLE, CA -- A town is taking cover after a gang of blackbirds decided to take a town by force.

Pedestrians in Placerville, California say they are being attacked by the birds while running errands or headed to work.

The birds may be a fraction of the size of their victims, but it doesn't make the situation any less frightening.

"There was someone coming into work and she ducked like this, and swooped down like this and he came around, got her from behind," Mallory Hartshorn says.

Kaitlyn Weber says she watched a man as he was chased into a gas station by one bird.

Foti Kallergis live on the scene where peacocks are being kicked out of their neighborhood. 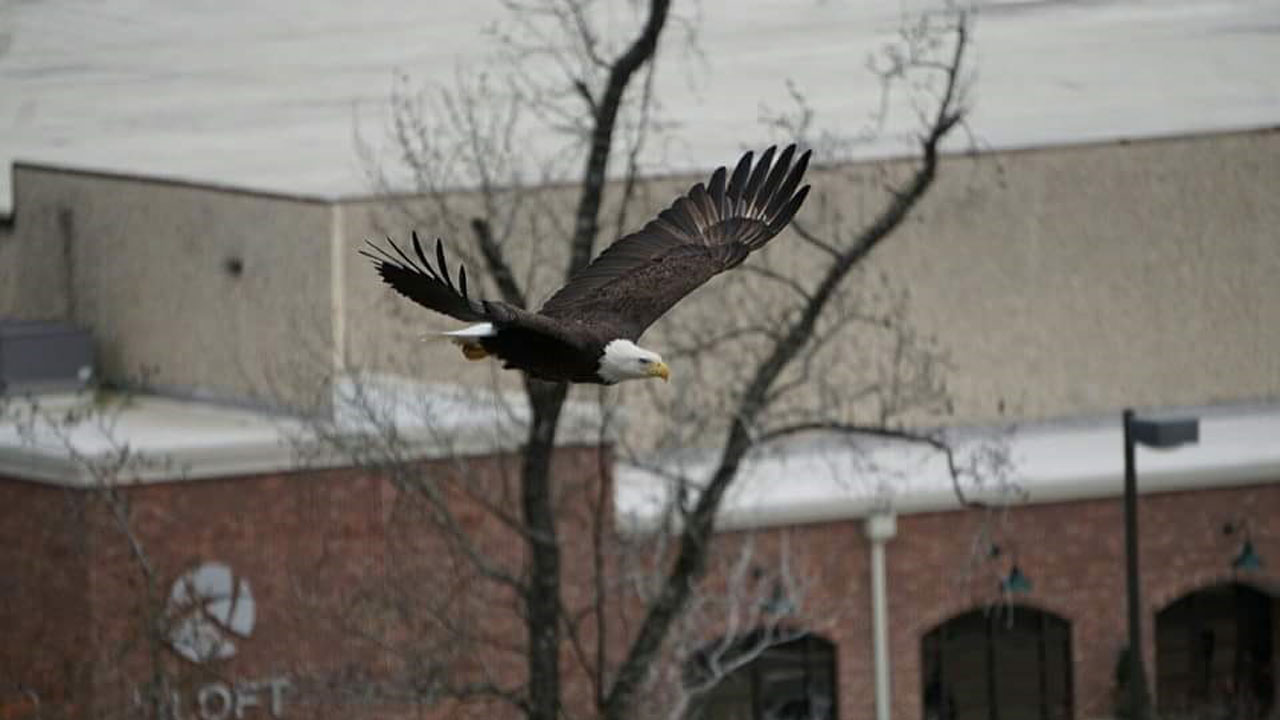 PHOTOS: Eagle perches, glides across The Woodlands
An abc13 viewer captured amazing images of an eagle in The Woodlands.

The coordinated attacks are like something out of the classic Alfred Hitchcock film, "The Birds."

"Just kind of swoop down at you and try to attack you," Weber says. "I think they have babies... around... I can see their shadows."

A waitress says she's found protection from her ticket book, which she uses to swat at the little attackers as they flap through the air.

Fortunately, no one has been seriously injured yet, but everyone has something to say about the sudden appearance of the winged beasts.

The beautiful bird was probably looking for a place to perch, experts say.