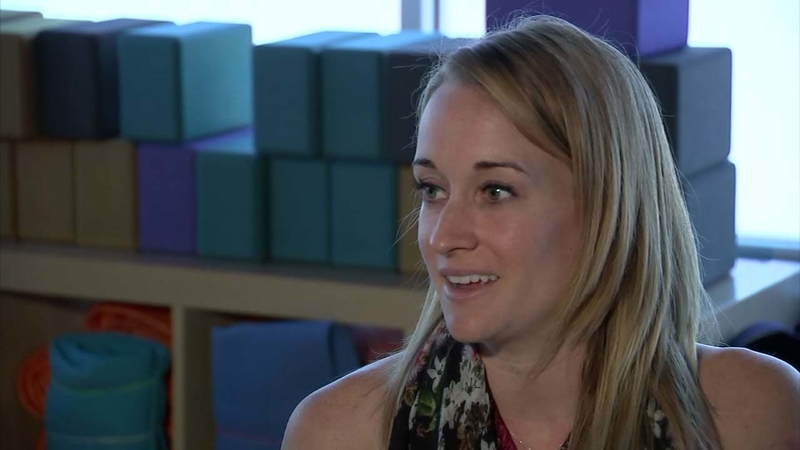 HOUSTON (KTRK) -- Born with a rare condition, Dayna Ferguson never thought the source of so much childhood pain and self doubt would one day become her saving grace as a young adult serving in the Army.

"I grew up being so bitter and resentful of my body and why did I have to be born this way -- and there was a reason," said Ferguson.

Now, seven years after the mass shooting that killed 13 and injured two dozen others at the Fort Hood Army base, the reason she survived that tragic day may be the biggest miracle of all.

The 28-year-old Houston native came into this world with a rare birth defect called Omphalocele. Born with some internal organs outside of her body, her stomach bares the scars of multiple surgeries.

"I never had an appendix and they just kind of put things back in -- like how they would fit," Ferguson said, sitting in a midtown yoga studio.

The scars not seen, years of embarrassment, self doubt and self consciousness.

It's a difficult story, but it becomes an incredible one.

Seven years ago, Specialist Dayna Ferguson was preparing for deployment to Iraq when Major Nadal Hissan walked into the processing center at Fort Hood and opened fire.

"I remember seeing people who were just kind of crawling away from the madness and then people yelling 'This isn't a test, it's a real thing, he had a gun.' I remember feeling everything," Ferguson recalled.

"Everything" was three bullets ripping through Dayna's body. A bullet in her arm traveled to her chest and collapsed her lung. Another bullet entered her leg through her abdominal cavity. Miraculously, her birth defect and resulting surgery saved her.

"They said if I hadn't been born the way I was born, like with the stomach condition, the bullet that went into my leg, bounced up into my abdomen, would have been a fatal bullet wound," she said of her conversations with her doctors.

Recovery has been no easy road. More surgeries, more scars and after seven years, finally the focus is on emotional recovery, sharing her story as she teaches yoga.

"It's a time to connect with yourself and you unplug from everything, the outside world -- it's just you, your mat and your breath and your body," she said.

Yoga affords her a peace and self acceptance she hasn't found many other places.

"I have people come up who say this was so helpful that you shared this before doing yoga," she said of her yoga students, many of them relative strangers. "Everyone is fighting their own battle that you don't see by looking at them."

With the anniversary of the Fort Shooting coming up November 5, Ferguson says she plans to spend the day in solitude, taking time for herself.