Texas executes Billy Wardlow, who was 18 when he killed someone 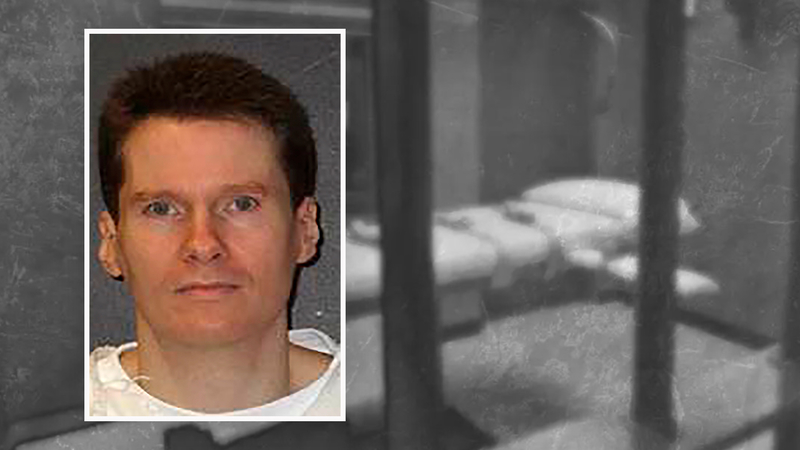 Texas' first execution since pandemic is today, and it's controversial

On Wednesday evening, Texas executed Billy Joe Wardlow for a 1993 East Texas robbery and murder. His lawyers had hoped the swell of the coronavirus pandemic and Wardlow's young age at the time of the crime would have persuaded the courts or the governor to stop it.

Wardlow nodded and smiled broadly and mouthed words to several friends who watched from an execution chamber viewing room, the Associated Press reported. He did not make a final statement. Wardlow was pronounced dead 24 minutes after the lethal dose of drugs were administered.

Wardlow was 18 when he killed 82-year-old Carl Cole in Cason. Wardlow shot Cole during an attempted robbery in which he said he had planned to steal Cole's truck to leave the rural community and start a new life with his girlfriend.

The Texas Tribune reports prosecutors argued Wardlow intentionally killed Cole, shooting him between the eyes. Wardlow said he hadn't planned to fire the weapon and shot Cole during an unexpected struggle. After the killing, Wardlow and his girlfriend fled and were later arrested in South Dakota.

After 25 years on death row, Wardlow, aided by neuroscientists, asked the U.S. Supreme Court to rule that at 18, he was too young to face Texas' death penalty. Nearly 60 Texas lawmakers also informed the Texas Board of Pardons and Paroles, which could recommend a delay to the execution, that they plan to take up the issue of age and the death penalty in the 2021 Legislature. But on Monday, the board voted against halting the execution until then. The Supreme Court declined to hear the case.

The parole board also received letters from two jurors at his trial who said they believed Wardlow should have gotten a life sentence based on new research.

"I have since that time ... come to the conclusion that because of Mr. Wardlow's youthful age at the time this crime was committed, we could not have predicted how he would turn out when he grew into adulthood," Bob Seale wrote in a letter to the board after Wardlow's legal team reached out to him.

Since 2005, the Supreme Court has held that death sentences are unconstitutional for those 17 or younger at the time of the crime because of their vulnerability, comparative lack of control and still-undefined identity. Some state and lower federal courts have questioned in recent years whether the upper limit of 18 is too young as new science emerges that shows the brains of people ages 18 to 20 are "functionally indistinguishable" from those of 17-year-olds in terms of moral culpability, according to Wardlow's brief.

In a plea to stop his execution and invalidate his death sentence, Wardlow asked the high court to rule that the death penalty is unconstitutional for those under 21 - but just in Texas. That's because a Texas death sentence requires a jury to unanimously agree that a person convicted of capital murder would likely be a future danger to society - a decision Wardlow's attorney and a group of brain researchers said is impossible to make for an 18-year-old.

"No technology or methodology available now or at the time of Mr. Wardlow's sentencing makes it possible reliably to predict whether someone who commits a crime at the age of 18 will remain dangerous in the future," wrote numerous neuropsychologists, neuroscientists and related professional groups in a brief to the Supreme Court supporting Wardlow.

The Morris County district attorney countered that the Texas Court of Criminal Appeals already dismissed the recent appeal and that it was filed too late to be considered. Death penalty appeals must overcome certain procedural bars, like providing new evidence that was previously unavailable, to warrant a court to review new claims after the first set of appeals concludes.

Outside of the courts, Wardlow's age at the time of Cole's death also raised concerns with a group of Texas lawmakers. In June, state Rep. Nicole Collier, D-Fort Worth, chair of the House Criminal Jurisprudence Committee, and 57 other Democratic state representatives and senators told the Texas Board of Pardons and Paroles in a letter the issue deserves "thoughtful examination."

"We intend to further explore this issue and take it up in the next legislative session" which begins in January, the June 5 letter states. "We write to inform you of this intention, lest Mr. Wardlow be executed before we consider an issue that might impact his case."

In Texas, the parole board can recommend that the governor reduce a death sentence to life in prison or halt an execution for a certain amount of time. Wardlow asked the court to delay his execution for 330 days, until the end of the next legislative session in May. In a letter to the board, he discussed how much he had changed over the past quarter of a century on death row.

"I came to death row a scared boy who made poor choices; I will leave death row a man that others admire because I weathered the storms of life with the help of people that loved me," Wardlow wrote the board. "We should all be so fortunate."

On Monday, the parole board denied the request in a 6-1 vote. Gov. Greg Abbott could have halted the execution for 30 days without a board recommendation, but he has never done so.

Aside from the petition focused on his age, Wardlow had other appeals pending in the high court on issues connected to a recent ruling against the Texas Court of Criminal Appeals on ineffective death penalty attorneys. He had also asked the Texas Supreme Court and Abbott to halt his execution because of the coronavirus pandemic.

Wednesday's execution was Texas' first since the pandemic took hold of the state in March, a long stretch for the state that carries out the most executions by far. The Court of Criminal Appeals halted four scheduled executions from March to May "in light of the current health crisis and the enormous resources needed to address that emergency."

Now, as Texas coronavirus numbers trend upward, with record-high counts of hospitalizations and infections, the court denied a request last week to halt Wardlow's execution because of the coronavirus without an explanation. In an unusual motion, Wardlow's lawyers went on to ask the Texas Supreme Court to step in - a court that rarely handles death penalty issues and declined to do so in this case.

Wardlow's attorneys argued that the trial court's order setting an execution date violates the state's Supreme Court emergency order during the pandemic to stop "proceedings that pose risks to parties, attorneys and the public."

Executions are held at the Huntsville Unit in Huntsville, a prison reporting active infections among inmates and staff in a city that has seen a high surge of cases, largely due to the fact that it has seven prisons and many prison employees. Wardlow's attorneys argue that holding an execution is still too dangerous, potentially exposing to the virus employees who have to attend the execution, witnesses and the community.

SEE ALSO: Texas bans spiritual advisers from being inside the death chamber

A Texas Department of Criminal Justice spokesperson said the agency had precautionary measures in place, including masks and temperature checks for all witnesses, as well as requiring witnesses to stand 6 feet apart. There are two small viewing rooms that look into the execution chamber, both of which are often crowded with prison officials, personal witnesses for the inmate and the murder victim, and reporters.

It was the third execution in Texas this year and the second in the country since the coronavirus swept the nation.