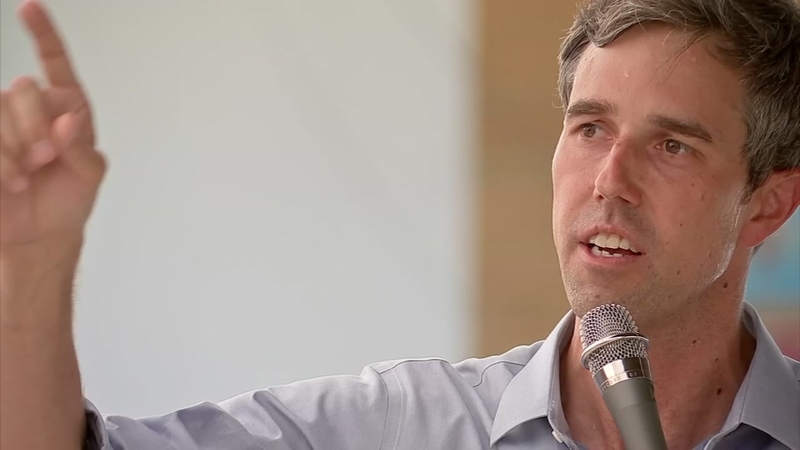 No White House run for Beto if he's elected to senate

AUSTIN, Texas (KTRK) -- Rep. Beto O'Rourke says if he beats Sen. Ted Cruz in November's election, he is committed to serving out a full six-year term, but Cruz isn't saying quite the same.

The Texas Tribune says O'Rourke's comments during a recent interview should serve to push down buzz on a possible White House run in 2020.

"I will commit to serving every single day of my full six-year term for the people of Texas," O'Rourke said.

Cruz, however, gave an ambiguous, 2-minute answer to the same question, according to the Tribune.

"We should be standing up for who we are as Texans and Americans," Cruz said.

Cruz was a top finisher in the 2016 Republican presidential primary and there is speculation either he or his Democratic challenger could run in the next presidential election.

O'Rourke and Cruz will face off on the debate stage Sunday at the University of Houston.