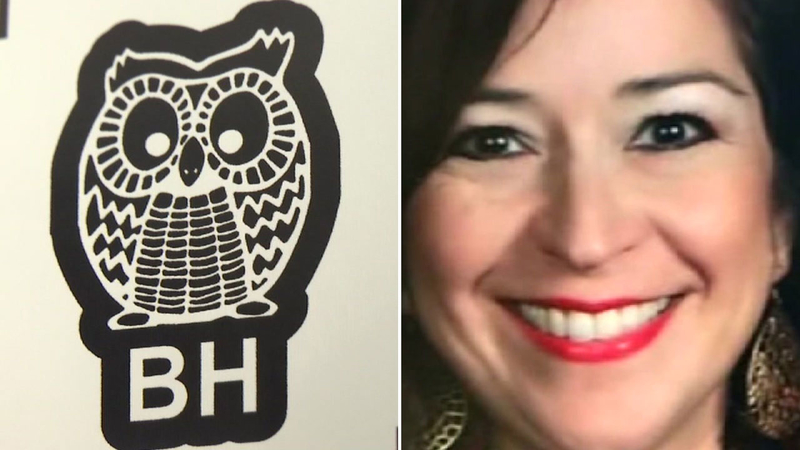 PEARLAND, Texas (KTRK) -- Following the death of an elementary school librarian, some of Pearland's youngest are offering a touching tribute.

For more than 15 years, print shop owner Drew Dietrich has worked on thousands of designs.

"It represents Pearland," said resident Raul Moreno. "The love that we have for everybody."

The decal was made at ADDI Printing in Pearland.

The design features an owl and the initials "BH." After reaching out to the person who ordered the design, Dietrich realized what it was.

"It wasn't just another job coming through the shop," Dietrich recalled.

The decal is in honor of Hernandez. It features her initials, and an owl, which represents wisdom.

This season, Pearland Little League players will wear the decals on their helmets. Each player will get one for free.

"We had to do something, so we decided to go ahead and tell the person who had purchased the stickers from us that we would refund them the money on their credit card," Dietrich said.

Hernandez was killed nearly a week ago. Her husband, Houston police Sgt. Hilario Hernandez, is in the Brazoria County Jail facing a murder charge.

On Friday, friends and family said goodbye during a visitation at First Baptist Church in Pearland. The church will also host her funeral Saturday at 10 a.m.

Belinda worked at Shadycrest Elementary, where many of Pearland Little League players attend.

Dietrich's kids play in the Little League. He hopes the decal provides comfort to the players and their families at a time when they need it the most.

"I think it's important for them to understand that our job is to make people's lives better, and I hope this little symbol can do that," Dietrich said.