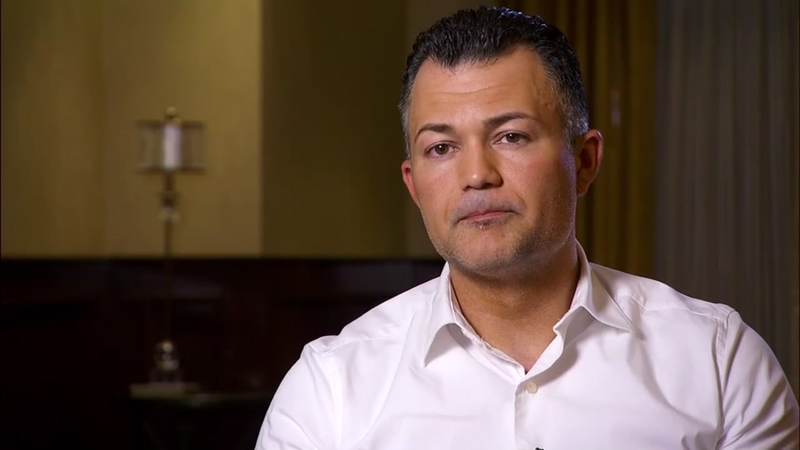 BAYTOWN, Texas (KTRK) -- A judge set bond at half a million dollars for a Baytown man accused of killing his ex-wife.

Their two children, ages 5 and 7, were there at the time, but may not have witnessed the killing.

"He is a little emotional, but he said very little," Sheriff Brian Hawthorne said. "He has been 100 percent cooperative. He was a person of interest as were others and every person involved, including Mr. McDowell, has been very cooperative."

The McDowells divorced in June, but investigators say Crystal was living with Steven and their two young children while her home was remodeled.

Neighbors say the couple was close and loving, even after the divorce.

"He was a great father," said neighbor Doris Bell. "He had the kids all the time."

"I believe he knew exactly what he was doing. I think he knew the storm was coming in and this would help cover his tracks," Hargrave said. "I think I had a lot to do with his decision to do this and I can't help but feel responsible for that."

The department of family and protective services has placed the McDowells' children with their late mother's relatives.

Steven McDowell is accused of strangling his ex-wife to death.

On August 24th, the day before she went missing, McDowell posted, "Stay safe out there."

If you scroll through her page, you'll find dozens of posts thanking co-workers and congratulating home buyers.

On August 18th, she posted smiling pictures with home builders. She also thanks Hargrave.