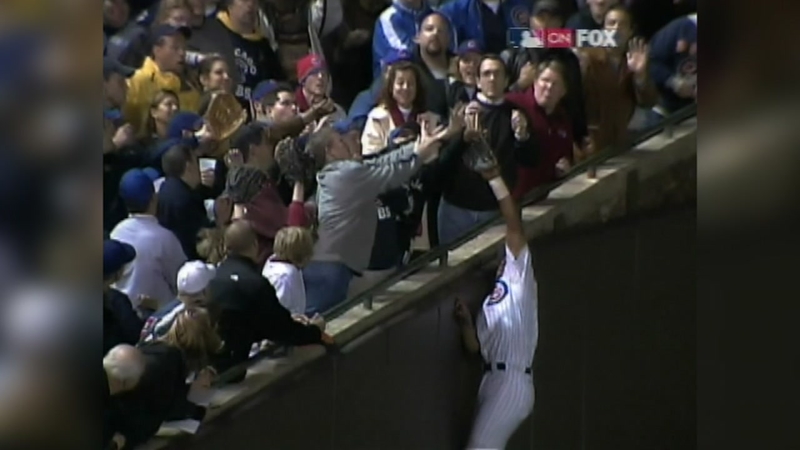 Fans are a huge part of the game in Major League Baseball, and sometimes they get too close to the game they love.

When fans interfere with the play of the game, it can change baseball history.

The most notorious case of fan interference occurred in Game 6 of the 2003 National League Championship Series. Chicago Cubs fan Steve Bartman tipped a foul ball that left fielder Moises Alou unsuccessfully tried to catch. The Cubs lost the game to the Florida Marlins 8-3 and were eliminated the following day. Bartman went into hiding for years, but eventually putting the incident behind them, the Chicago Cubs awarded Bartman a 2016 World Series ring.

He's the man known for interfering in the 2015 Los Angeles Dodgers vs. Chicago Cubs game. As Dodgers' former first baseman Adrian Gonzalez reached over the tarp for the Cubs foul popup, fan Keith Hartley, with a toddler cradled in his left arm, reached over the short brick wall with his right hand and snagged the ball. The fan dropped neither the baby nor the ball. The play was originally ruled a foul ball out of play, but after the Dodgers manager challenged the call, it was overturned and labeled as a fan interference.

During Game 1 of the 1996 ALCS, 12-year-old Jeffrey Maier snagged a ball from the Baltimore Orioles right fielder Tony Tarasco. Even though Tarasco believed that he had a play on the homer, the umpire ruled the ball uncatchable, letting the young fan take the ball home. The Yankees went on to win Game 4 and 5 of the series.

In 1974 during the Texas Rangers and Cleveland Indians game, Cleveland decided to offer 10 cent beers with no limitations. Fans quickly became belligerent, starting brawls and dancing on the dugouts. A full riot eventually broke out, and hot dogs and other things went flying around the ballpark. SWAT was called to break up the incident, and no team ever held a similar promotion again.