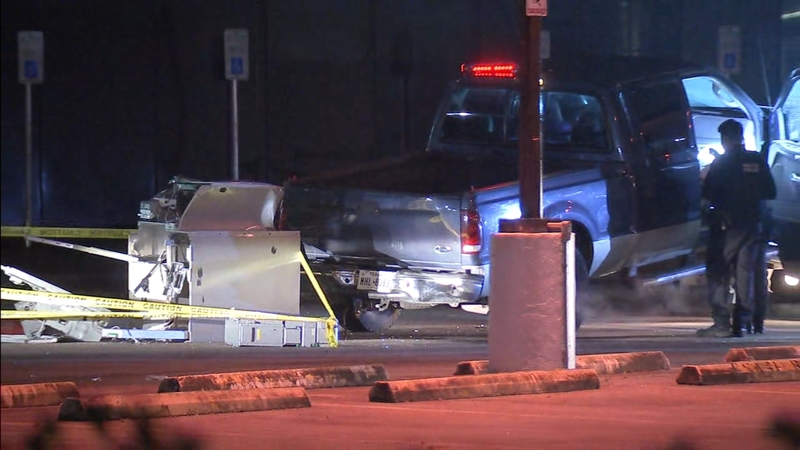 Suspects back truck into bank and attempt to steal ATM

HOUSTON, Texas (KTRK) -- Investigators are looking for four or five suspects after an attempted ATM smash-and-grab inside a bank early Thursday morning.

Police were called to a Chase Bank on the North Loop east near McCarty Street where investigators say the suspects backed their truck into the building.

They say after smashing into the bank, the suspects used a chain to try and pull an ATM out.

Another ATM smash and grab, this one on the north east side near the 610 loop and McCarty. Suspects drove into the lobby of the bank and somehow got an ATM out to the sidewalk but did not get any money. Suspects are still on the loose. #abc13eyewitness pic.twitter.com/A79IIIjYvm

Investigators say the suspects left both the ATM and the truck at the scene.

Video from the scene shows damage to the building and the truck and ATM in the parking lot.

It is unknown if any money was taken.