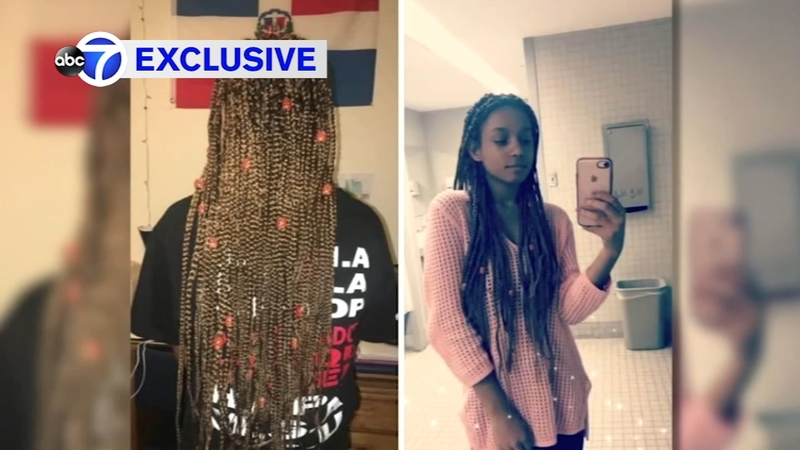 Destiny Thompkins, 19, took her case to social media after the incident, which happened at a White Plains, New York, store where she had worked for about a month.

She said she was caught completely off guard when called into a meeting with her manager on Wednesday.

"He said, 'The district manager came in and she pointed out your hair,'" Thompkins said. "I said, 'What is wrong with my hair?' 'It is a little too urban and unkempt for our look and image. We were wondering if you could take them out.'"

Thompkins, who works to pay her way through school, said she could not believe her hair style was coming under attack by her 30-something white male manager. She said many black women use this style to protect their hair from colder weather.

The Harlem native and aspiring filmmaker vented her anger on Facebook. She said she wants the manager to apologize, to be disciplined and, most importantly, to truly understand why she was offended by his comments about the braids she had just put in about a week ago.

"You are telling me I'm too black to work here, and you have a problem with the way I present myself as a black woman," Thompkins said.

Banana Republic initially released a statement Friday saying an investigation was underway, and on Sunday, spokesperson Sheikina Liverpool emailed Eyewitness News to say the manager had been terminated.

"This week, one of our store managers questioned an African American employee's braided hair style," Liverpool wrote. "Our team began an immediate investigation and the manager involved was promptly removed from the store. Today, we concluded the investigation and can confirm that the manager has been terminated from the company. Banana Republic has zero tolerance for discrimination. This situation was completely unacceptable, counter to our policies, and in no way reflects our company's beliefs and values."

Thompkins said she and her family are considering legal action, believing this to be clear cut discrimination.

"I felt so overwhelmed and confused," she said. "I just felt so powerless within that moment."