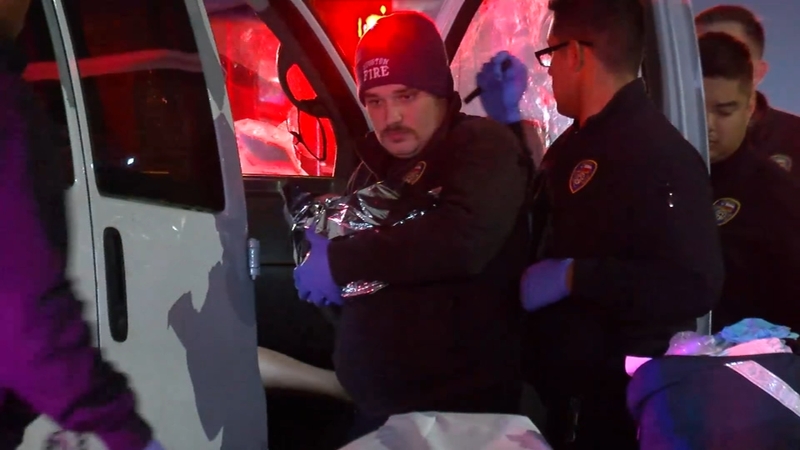 Woman goes into labor on I-45

HOUSTON, Texas (KTRK) -- Firefighters are prepared for the unexpected, but delivering a baby on the side of the freeway is something they say they've never done.

Authorities say firefighters received a call around 1:50 a.m. for an obstetrical emergency on I-45 southbound between Gulf Bank and Shepherd.

When they arrived, crews found a woman delivering a baby in the front passenger seat.

"From what I could tell, the dad said, 'The baby is here,'" firefighter Joseph Leon said. "We opened the door and the baby was in a towel."

Firefighters say the couple was apparently trying to get to the hospital when the baby decided to arrive.

"We run into a lot of instances it's going to be our first time doing something," paramedic and firefighter Joshua Ream told ABC13. "You can do this job 25, 40 years and you'll run into something you haven't seen before."

Firefighters say their main concern was making sure the baby boy was as warm as possible.

"Everyone was doing just fine when we dropped them off," Ream said. "The baby was alert, acting the way a one-hour-old child should."

This is a call the firefighters say they will remember.

"It's definitely something you will talk about at breakfast," Leon said. "At least it wasn't during rush hour traffic."