Takata air bag recall becomes biggest ever in US 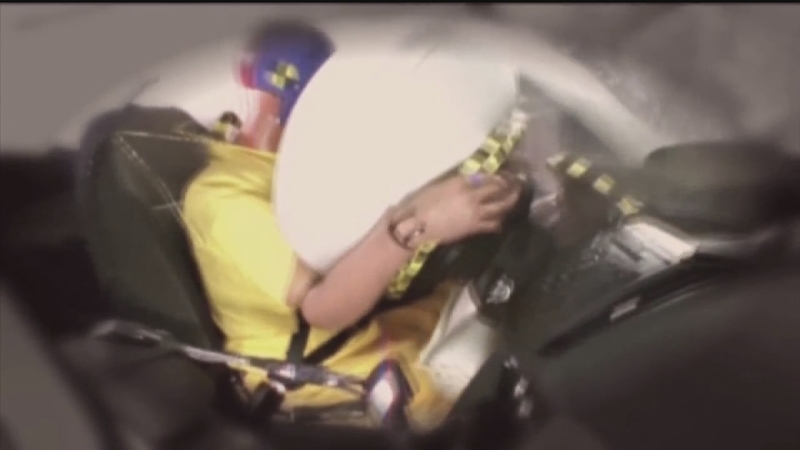 Is your car affected by latest airbag recall?

WASHINGTON (KTRK) -- Under pressure from U.S. safety regulators, Takata Corp. has agreed to declare 33.8 million air bags defective, a move that will double the number of cars and trucks included in what is now the largest auto recall in U.S. history.

The chemical that inflates the air bags can explode with too much force, blowing apart a metal inflator and sending shrapnel into the passenger compartment. The faulty inflators are responsible for six deaths and more than 100 injuries worldwide.

The agreement adds more than 18 million air bags to existing recalls, covering both the passenger and driver's side. The recalls of passenger-side air bags, previously limited to high-humidity states along the Gulf Coast, are now expanded nationwide by 10.2 million vehicles. A nationwide recall of driver's side air bags was expanded to include an additional 7.9 million vehicles.

"We know that owners are worried about their safety and the safety of their families," said Mark Rosekind, head of the National Highway Traffic Safety Administration, as he announced the agreement. "This is probably the most complex consumer safety recall in U.S. history."

An attorney representing seven of the alleged victims issued this statement in response to the news:

"After deaths, injuries and months of scrutiny - Takata and the National Highway Traffic Safety Administration have finally taken a step in the right direction. This expanded recall marks a victory for consumer protection - but lawmakers and manufacturers still need to enact serious and lasting changes to our nation's recall procedures to prevent crises like this one from occurring again," attorney Rich Newsome said. "Today's expanded recall is already too little, too late for people injured and their families. Hopefully today's news will push the agenda for recall reform to the forefront and result in legislation that will help NHTSA identify these kinds of defects before regular families with defective cars are needlessly harmed in the future."

Safety regulators sparred with Takata for the past year over the size of the recalls and the cause of the problem. For the most part, the air bag maker refused to declare the inflators defective and even questioned the agency's authority to order it to conduct a recall.

Takata and 11 automakers that use its air bags, including Honda Motor Co. and Toyota Motor Corp., will have to sort out which vehicles are covered by the expanded recalls. NHTSA said the number of affected air bags could climb.