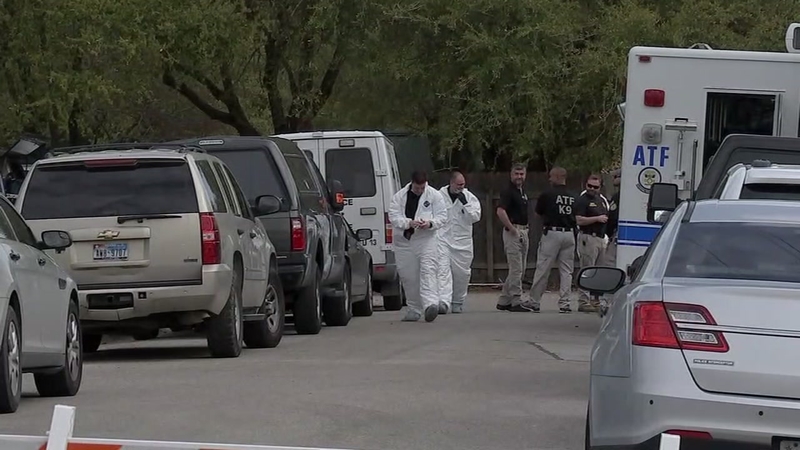 Austin Police officers said he was the serial bomber that terrorized the community for nearly three weeks.

How did investigators crack the Austin bombing case? Experts weigh in

Conditt was killed Wednesday morning after officers said he set off a bomb in his vehicle.

Afterward, police, FBI and the Alcohol, Tobacco, and Firearms agents descended onto his Pflugerville home.

On Thursday, officers said they discovered a locked door inside the home, where they believed Conditt constructed bombs.

In addition to evidence from inside the home, officers towed two vehicles.

The home's windows are boarded, the fence is mangled, and shattered glass sits outside.

On Thursday, Austin police said both were detained, interviewed, and released.

While the investigation took place at the Pflugerville address, nearby neighbors had to evacuate from their homes for hours.

Neighbors of Austin explosion victims speak out after blast

They were allowed to return Wednesday night, but some said they didn't get a good night's rest.

"I woke up at four this morning and mopping floors because I kept worrying about my doors being locked and some packages coming from Amazon," Adrienne Rubel said. "I just felt uneasy."

Authorities are still trying to figure out Conditt's motive.

They said he recorded a 25-minute confession, but it doesn't give a clear answer as to why he created bombs.

AUSTIN BOMBINGS TIMELINE: 5 explosions in 18 days before suspect blew himself up

Rep. Michael McCaul (R-TX), who represents the Austin area, said they're hoping evidence collected from his home will provide answers.

"It's unclear what the motivation was," McCaul said. "I think after the search was done Wednesday we got a lot of his hard drives, his computers, electronic devices, I think his social media will be very telling in terms of could be possibly motivated him to do such a senseless thing."
Report a correction or typo
Related topics:
austinbombingcrime
Copyright © 2021 KTRK-TV. All Rights Reserved.
TOP STORIES
4 children hurt in crash involving intoxicated driver, authorities say
13 Investigates: Texas mass shootings jump 65% as violence continues
'See something, say something' site leads to road rage suspect
Man's body found floating in Buffalo Bayou, HPD says
A hot and hazy weekend ahead but more rain expected next week
Couple robbed while unloading from trip, HPD says
EMT inside hijacked Houston FD ambulance hailed as a hero
Show More
3 ways to get COVID relief money if you don't live in Harris Co.
'Do your job': Murder victim's brother waiting for trial tells courts
FBI arrests another Houston-area resident tied to US Capitol riot
Flames rage over apparent warehouse fire in west Houston
Experts warn COVID cases could grow once kids head back to class
More TOP STORIES News