3 men get away after attempted ATM theft at bank in Fairfield area, constable says 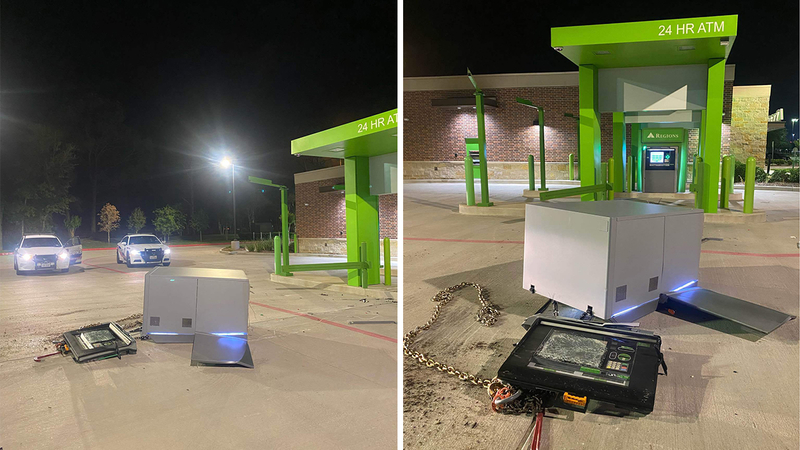 Deputies search for 3 men accused of trying to steal ATM

CYPRESS, Texas (KTRK) -- An ATM in the Fairfield area was destroyed after an attempted theft overnight.

Harris County Precinct 4 constable deputies responded to the Regions Bank located at 28350 Northwest Freeway around 4:20 a.m. in reference to a theft.

The suspects arrived at the scene in a possibly-stolen truck, Herman said.

Photos from the bank showed the ATM on its side with a large chain attached, pulled out into the parking lot.

Herman described the suspects as three Black men wearing all black and masks.

Anyone with information regarding the attempted theft is urged to contact Precinct 4 dispatch at 281-376-3472.