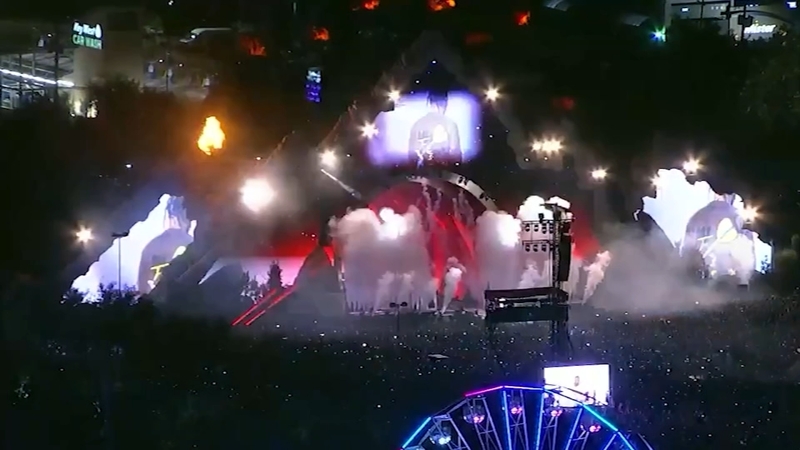 HOUSTON, Texas (KTRK) -- Five months after 10 people died as a result of the Astroworld Festival in Houston, statewide experts suggest loopholes in city and state law need to be tightened up and emergency officials need more control over mass events.

"A consistent permitting process could have helped established jurisdiction and authority over ultimate event shut down in the face of a life-threatening incident," according to a final report released Tuesday by Gov. Greg Abbott's Task Force on Concert Safety.

Some of the loopholes were first identified by our 13 Investigates team, who spent days after the deadly festival asking Harris County officials for any plans or permits related to the mass event that would show they approved or even reviewed safety plans.

"People lost their lives. Children died at a concert. That should never happen," said Houston Fire Department union president Marty Lancton, who was the only Houston-area representative on the task force.

RELATED: 13 Investigates: Days after 'concert from hell,' no one taking responsibility for plan

If the festival took place in the county - but outside the city, Texas law suggests the county's commissioner's court would have a say in safety plans, including requiring the promoter to file a plan to control the number of people at the festival and voting on the plan if they didn't think it was sound.

Now, the state task force is recommending that "mass gathering events permitted by municipalities should follow permit guidelines and best practices for unincorporated areas that are outlined in state statute."

"The task force also recommends that local authorities stop the show when it is determined that an event has been organized without a permit or has breached the bounds of the issued permit," according to the report.

Lancton said when it comes to responding to people in distress, seconds matter.

Because there wasn't occupancy permits for the event, Lancton said there wasn't an "adequate safety plan" and the fire department "had no commanding control on the inside of this concert."

He said other major cities that the task force reviewed had a permitting processes in place for special events like Astroworld.

RELATED: 13 Investigates looks at warning signs ahead of Astroworld tragedy

The cause of death for all 10 Astroworld victims was "compression asphyxia." Hundreds more were injured as concertgoers rushed toward the stage during rapper Travis Scott's performance on Nov. 5, 2021.

During Astroworld, medical services were from a private contractor. The Houston Fire Department was off-site but wasn't called until people were in serious medical need.

"What didn't happen that night was a unified command and control presence of the Houston Fire Department that had the ability in which to shut the concert down," Lancton said.

Now, the report recommends a unified on-site command and control that would put local first responders inside the command center for an event like this, allowing them to stop an event if needed.

Lancton said the command center would also allow fire, EMS and police officers to communicate more efficiently and work together when responding to critical incidents.

"This is something that's critical to the chain of survival," he said.

The recommendations also call for more "robust training resources for promoters, staff, and first responders," and event organizers should make sure risk management is a top priority when planning.

"Some artists have a documented history of encouraging attendees to disregard public safety," according to the report. "Event promoters should partner with artists to encourage safety, since messaging from the artist can be uniquely persuasive for fans."

A centralized resource page that will be updated with the latest event production guidelines was also created, per the task force's recommendations.

Earlier this year, Houston Mayor Sylvester Turner and the county launched a task force in February focused on how special events are organized in the Houston area.

The Special Events Task Force, which includes members of the Houston police and fire departments, the county's fire marshal and sheriff's office, and leaders in the events industry, will review and make recommendations to improve communication, protocols, and permitting requirements in the city and county.

In the days after Astroworld, Turner said he wouldn't wait for the county to adopt a rule that would require additional permitting.

So far, the city hasn't changed any local laws.

"The task force will incorporate nationally agreed principles and draw from national and international strategies, policies, guidelines, standards, and doctrine," Benton said. "The task force's work is multidisciplinary and will cover issues presented by crowded places and mass gatherings in general."