Mechanic killed after driver slams into car he was working on 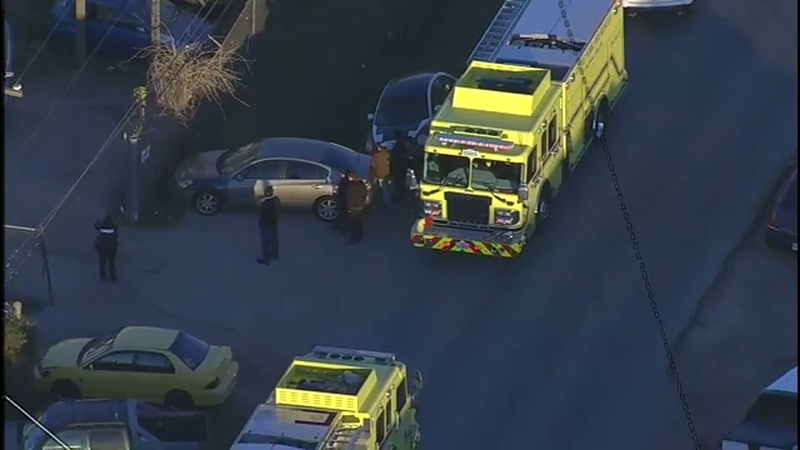 Mechanic killed while working on car

HOUSTON, Texas (KTRK) -- The Harris County Sheriff's Office is investigating after a worker was killed at an auto yard on West Canino.

Deputies say a man, identified as someone who goes by the name "Tank," was at Arturo's Garage Auto Mechanics picking up a white Ford Econoline van to transport just after 4 p.m.

At the same time, two mechanics, Arturo Galindo and Miguel Angel Garcia, were working on a Honda Civic. Galindo was under the car and Garcia was in front of it, looking under the hood. The Honda was elevated by jack stands.

According to deputies, "Tank" put the Ford van in reverse and accelerated, slamming into the car the mechanics were working on and causing the Honda to fall off the jack stands and land on top of Galindo.

Galindo's legs were pinned as the Honda rolled backward and hit a Chevy van. He died at the scene.

Garcia was taken to Ben Taub Hospital with serious injuries.

Preliminary info: it happened at an auto yard. A worker in a van appears to have accidentally struck another car that was being worked on by two other men. One was pronounced at the scene and a second male is critical. The driver fled the scene. #HouNews https://t.co/gxuMY22GKc

Deputies say "Tank" hopped out of the Ford van, into a white, 2001 Chevrolet Impala and took off eastbound on Canino.

Authorities say they don't have much to go on, only describing the suspect as a black man.

Officials believe it was an accident, so it's not clear why he took off.