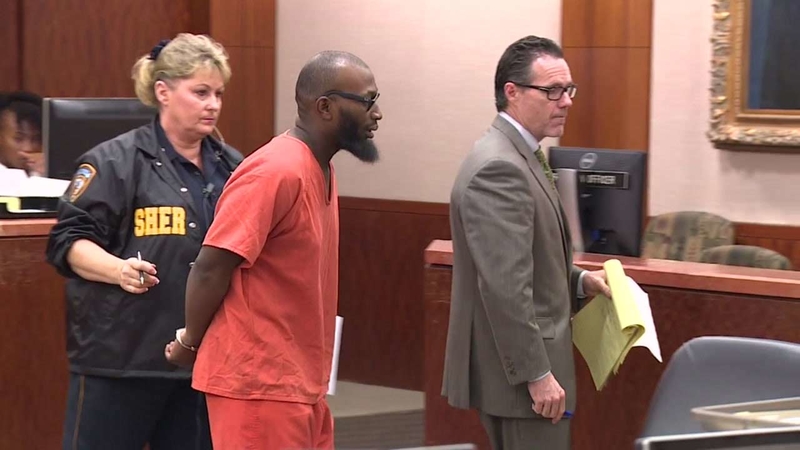 HOUSTON (KTRK) -- The man charged with setting a mosque on fire in southwest Houston appeared before a judge for the first time Thursday.

Moore's attorney maintains his client did not start the fire. However, the prosecutor says evidence tells a much different story.

When the judge asked Wood why investigators think Moore did this Wood said they're still trying to figure that out.

Moore's attorney, Ed Chernoff, spoke to abc13 as he was leaving the courtroom.

"He didn't do it," Chernoff said of his client. "That's what he says so let's just wait for the evidence. Let's not jump the gun here. Let's find out what other evidence is produced but so far all we have is that he's at the scene of the crime and they have lighter fluid at his house."

Moore is in jail with no bond. Chernoff tried to fight that saying the 37-year-old husband and father of six has strong ties to Houston and he's not a flight risk. The judge isn't so sure. Since Moore has a criminal past in several other states, including a 2006 federal conviction of marriage fraud in New York, she denied bail. The judge requested Moore's US passport be handed over Monday before discussing a change.