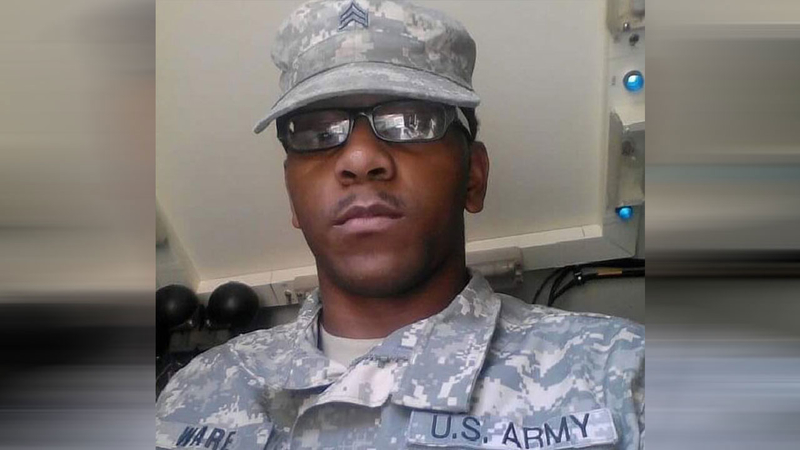 HOUSTON, Texas (KTRK) -- The mother of a man who rode his skateboard nine miles to and from work is pleading for help to find the hit and run driver who killed him.

Quintin Ware, 28, was killed Friday morning in the 5600 block of the North Freeway service road.

Ware, an Army National Guardsman, was skateboarding on the sidewalk when Houston police say a car "failed to maintain a single lane" and hit him.

Ware died at the scene. The driver took off. Police have no vehicle description.

"You know their conscience is going to bother them," Ware's mother, Dana Williams, told Eyewitness News. "You can do it but you're not going to get away with it. You're eventually going to get caught."

Williams says Ware worked at the Wal-Mart on Crosstimbers at the North Freeway. He lived in the Greenspoint area and didn't have a car.

His mother says he rode his skateboard to and from work, which is approximately nine miles.

"He didn't rely on anyone. He did it on his own," Williams added.