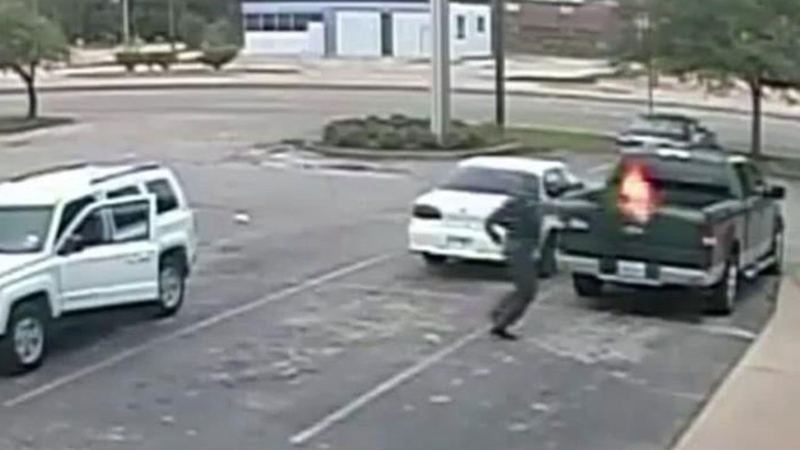 HOUSTON (KTRK) -- New video released by the FBI shows how an attempted robber opened fire on a guard during his route at a bank in the north side.

"Two guys that's all I saw it is a scary feeling," said Carlos Lopez, who witnessed the men runaway.

He said its a scary feeling he can't shake off after seeing first-hand 2 dangerous men the FBI is after.

"I'm supper scared cause it happened in front of my house," he said.

Surveillance video shows what happened Friday, Nov. 16 just after 2 o'clock. The gunman was inside a stolen white Jeep, he had a powerful weapon in hand and wore a bullet proof vest. Investigators said he went after the Loomis guard at a bank in the 5200 block of N. Shepard Dr. in the north side of Houston.

The FBI said the gunman fired his weapon but he didn't get a chance to take any cash.

The sound from the firing was so powerful it woke up Lopez from a nap and he walked outside to see.

"I just saw a guy running and then I saw a blue car sitting there in the corner he just took off," he said.

The get-away vehicle was parked in front of Lopez house in the 500 block of Hohldale.

Loomis and Crime Stoppers are now offering a reward of up to $15,000.