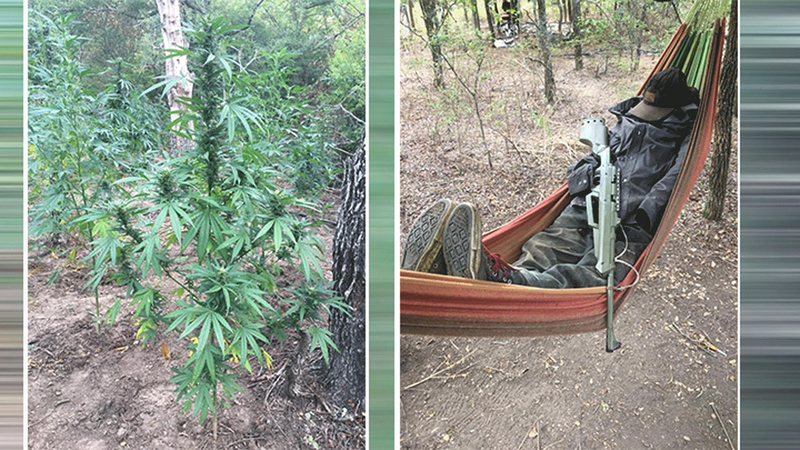 NAVARRO COUNTY, Texas (KTRK) -- A drug takedown just outside of Dallas netted about 10,000 marijuana plants and a scarecrow armed with a fake gun meant to protect the greenery, authorities said.

Through the use of a drone, deputies were able to locate the marijuana field in a heavily wooded area on South I-45 near Richland after receiving an anonymous tip.

Once authorities obtained a search warrant for the area, they were able to remove the plants, which were described to be in various stages of growth - up to six feet tall. The Navarro County Sheriff's Office said the field enclosed about five acres of the county.

According to the Navarro County Sheriff's Office, this is the second largest domestic marijuana growing operation they have seized. Last month, deputies removed 17,500 plants in another field.

Along with the plants and scarecrow, authorities also seized portable generators and water pumps.

Authorities say they have been conducting surveillance operations on site in attempts to observe suspects at the location.
Report a correction or typo
Related topics:
marijuanadrug bustdrugs
Copyright © 2021 KTRK-TV. All Rights Reserved.
More Videos
From CNN Newsource affiliates
TOP STORIES