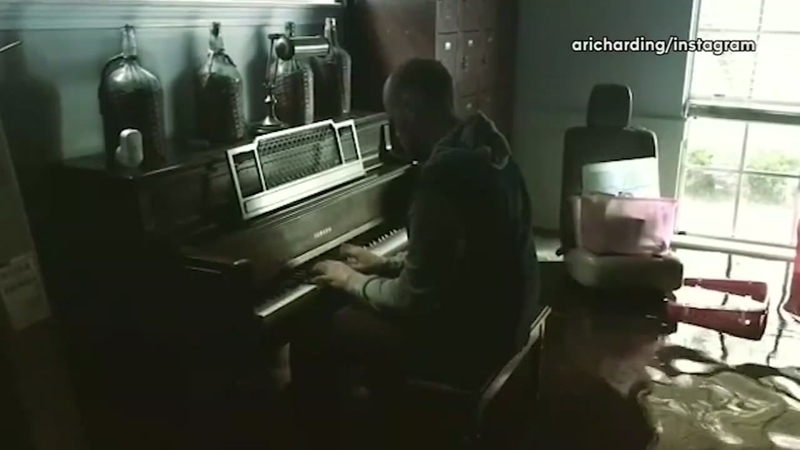 Sounds of hope amid Harvey flooding in Friendswood

FRIENDSWOOD, Texas (KTRK) -- A Friendswood family will soon have music in their home after a recording artist offered to help following Harvey.

After the storm sent water into Aric Harding's home, he recorded a video of himself playing his son's piano. It was a video he made to show his kids everything would be okay.

"It's been a moment for people," Harding said. "You can't refute for how something is for someone and how it makes someone feel."

It's a video that caught singer Vanessa Carlton's attention, who gave Harding a call.

Aric Harding returned to his Friendswood home to get his kids' stuffed animals. Then he played his flooded piano. And he moved us to tears. pic.twitter.com/DePluEWz5l

"She called this one morning," Harding said. "She was like, 'Hey this is Vanessa.' She was just chatting like we had been friends forever. 'I heard about your piano, and I really want to help you out.' She was just so unassuming and really kind."

She's helping out by giving Harding's son a new piano, because the one from the video no longer works.

It's a final curtain Harding never envisioned when he sat down to show his kids that everything would be okay.

"It is sad to lose that one, but there is optimism for what's coming next," Harding said.

Harding said it will be a few months before his home is rebuilt. He's hoping Carlton will be on hand to deliver the piano and possibly perform with his son.