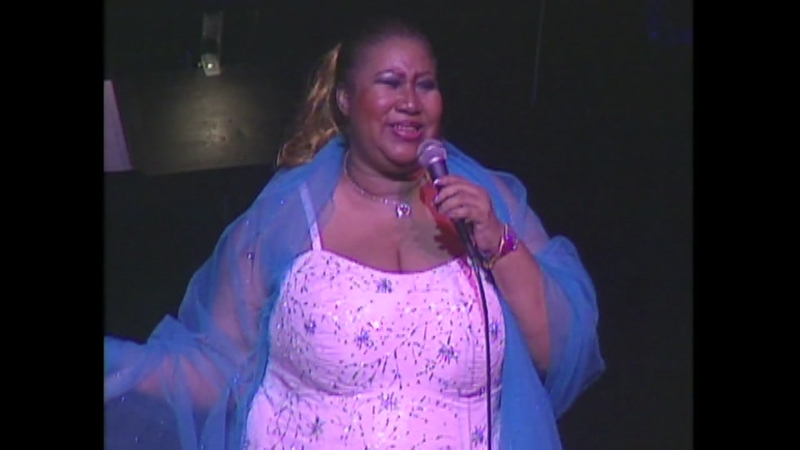 HOUSTON, Texas (KTRK) -- Meeting Aretha Franklin was one of the greatest thrills of my life. But I must admit that it started off a little rocky.

She was scheduled to perform in Houston in late 2002, and I was given the chance by a friend who ran the Arena Theater to fly to Dallas the night before and interview her there.

I was a nervous wreck! I'd been a fan of Aretha's for as long as I could remember, and I wanted to do a good job.

We watched her rock the house in Dallas, then we were told to set up our camera backstage for the interview.

We waited for well over an hour, and then she walked in. She was fanning herself like crazy, and kept calling me "Melissa." But I didn't care - this was Aretha!

I asked her three or four questions, then she suddenly got up and said she was done - that she was hungry and tired, and her feet hurt. We even had to chase her down to get our wireless microphone back!

I was devastated and worried we wouldn't have enough of an interview to do a story on her. But with a wonderful photographer and editor, we were able to put together several stories.

In fact, they got so much attention that the Arena Theater added a third night to meet the demand.

RELATED: 'No words, only tears': The music industry and the world grieve Aretha Franklin

John and I went to the show that night, and we sat on the second row. Clyde Drexler was also there, sitting on the first row, and she called him out, saying she was a big fan.

Then she turned my way and said, "Hi, Melanie." I was flabbergasted, since I didn't even think she knew my name!

I also remember that the theater was incredibly hot that night, because she didn't like air conditioning. She said it was too hard on her voice. But again, this was Aretha, so we happily suffered through it.

When the show ended, one of her band members stopped by and invited John and I to visit her in her dressing room. When we walked in, she was the only person there, so the three of us talked a little bit about how great the show was. Then she asked if we minded if she took care of a little business, while we talked.

She then proceeded to do something absolutely incredible, something I would not have believed had I not witnessed it myself. She would call in each band member and back-up singer, one by one.

She would compliment them on their performance that night, then she would reach into her bra and count out their pay for the show....in cash!! No manager, no accountant, just her.

And she told us she did everything herself now, after getting ripped off by other managers in the past. So from arranging for the bus for her band (she hated to fly) to ordering food after the shows, to booking hotel rooms, she did it all herself.

When the owners at the Arena Theater got a call about something, it came from Aretha herself. We were blown away that she was so hands on, but I found it so charming and so down-to-earth.

She was still the preacher's daughter who grew up in Detroit singing in the choir, and she never forgot where she came from.

I was so sad when I heard about her passing this morning, even though it was not unexpected.

Like so many people, her music touched me in a way that few singers did. She was real and earthy, and her emotions ran incredibly deep.