Three weeks ago, we reported on a survey that revealed a majority of HISD teachers claimed to be the victims of bullying by their administrators. Well, this new one paints an equally bothersome picture for some educators who think teachers deserve better.

After our initial report, in which the teachers union told us than a staggering number of teachers felt intimidated by their bosses, we were given the results of a lesser-known survey that focused on a single campus, where some teachers say the morale is poor and it's the students who ultimately suffer.

"The stress level, going to work -- after a while, I just didn't want to go. You lose your passion," Magginson said.

He says the administrators would yell at students and at teachers.

"You'll hear the yelling a lot of times during the faculty meetings that we have in reference to the scores of students, certain things we needed to work on," Magginson said.

"Are they bullies?" we asked him.

"To me, no, but the type of language or the tone, I couldn't deal with it, so I tried to avoid those particular individuals," he said.

Magginson says he left the K-8 school in January after being reprimanded, and when this year is over, he won't be renewed.

But he's one of several past and current teachers at Woodson who've complained to Eyewitness News about treatment by administrators. And we obtained a copy of an internal survey, in which 36 teachers participated.

And while 58 percent did say they were eager or excited to go to work, 32 percent were resistant or gloomy and 48 percent said morale was depressing or declining. Not one said it was motivating, and when asked if they feel valued, 45 percent said rarely or never.

We reached out to the HISD administration and asked to do an on-camera interview with the superintendent. Through a spokesperson, he declined that. But we did get a statement from HISD that told us it was the principal who initiated that climate survey at Woodson. And that as a result of that survey, she's taken several actions, including having leadership training for the team at her school.

The statement also read, "The Woodson principal's use of the school climate survey shows her to be a leader who genuinely cares about her teachers' opinions and takes appropriate action to address their concerns. Campus principals are the key to the Houston Independent School District's effort to place a quality teacher in every classroom."

But in a district wide survey last month, the Houston Federation of Teachers found that 65 percent of HISD's teachers felt they were bullied by administrators.

"If we don't work on a professional climate on the part of the administrators, dealing with their staff, then we're gonna see chronic turnover," the organization's president, Gayle Fallon, said. "People ultimately will not stay in a place where they're not well treated."

"Which ultimately is bad for the kids?" we asked Fallon.

We also spoke on the phone Thursday morning with Woodson's principal. She declined an on-camera interview, and our calls to two HISD board members were unreturned. 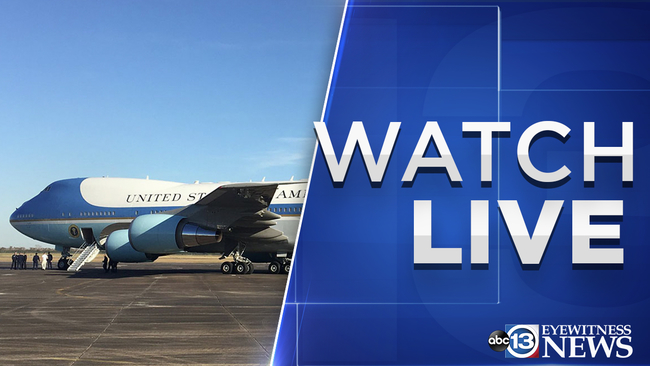