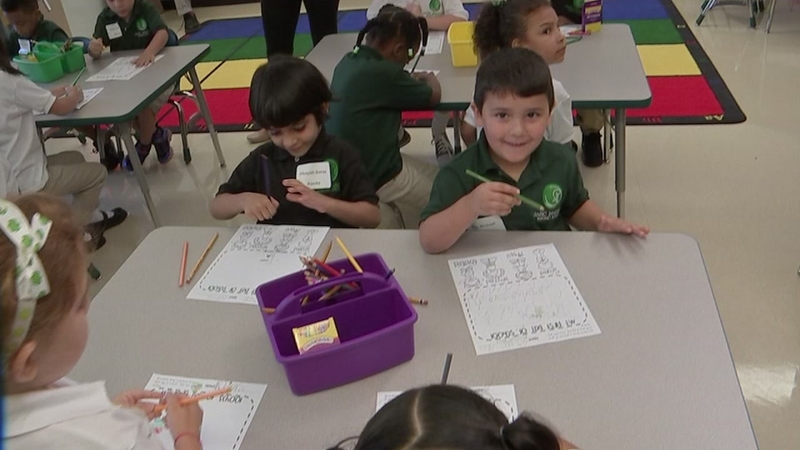 HOUSTON (KTRK) -- The second day of school at the Houston Independent School District's new Arabic Immersion School did not bring out protesters, but that doesn't mean the controversy is over.

For families rushing to pick up kindergarteners from class, the idea that anyone would find a five-year-old kid learning Arabic somehow threatening seemed absurd.

But Elizabeth Theiss takes her concerns very seriously. She organized the protest on the first day of school. In addition, Theiss says her research shows the country of Qatar has helped with school curriculum and provided grants. She says that's concerning, and wants it to stop.

"There are some calls from activists and other concerned patriots that they want to get this in front of the Governor of Texas," said Theiss. "We need to maybe look at getting some legislation passed."

The Arabic Immersion School's Principal is pushing back. Kate Adams, who grew up in the Middle East, says this school has more similarities to every other HISD school than differences.

"We're a public HISD elementary school, so we teach the same things as any other school," said Adams. "The only difference is that students learn math and science in Arabic, and English and social studies in English."

Theiss says she plans to start a letter-writing campaign to the state's elected officials, hoping to point out some of her concerns about the Immersion School. HISD, meanwhile, says the focus for the Arabic Immersion students will be on their education.