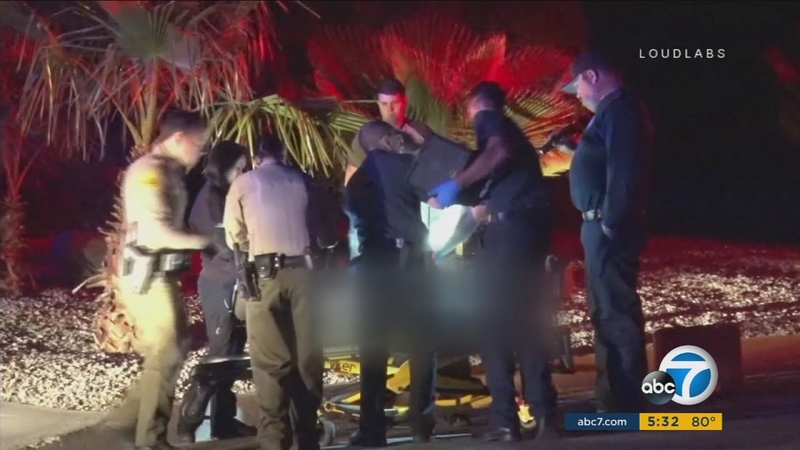 APPLE VALLEY, California -- A 2-year-old girl was shot by a bullet that was accidentally discharged by her father who was cleaning his gun in their Apple Valley home, authorities said.

San Bernardino County sheriff's officials responded to a call about an accidental shooting at a home in the 16100 block of Viho Road at around 11:25 p.m. Wednesday.

Deputies were told that the child's father was downstairs cleaning a gun when he negligently discharged the weapon. The bullet went through the ceiling and struck the sleeping girl in the stomach.

The girl was treated by paramedics on scene and flown to a trauma center, where she underwent surgery. She was listed in stable condition.

The parents were interviewed by detectives as well as the Department of Children and Family Services, sheriff's officials said. No arrests have been made.

There are two other children who live in the same house. Children and Family Services decided to let them stay in the home.

Though sheriff's officials say this appears to be an accident, the case will be turned over to the district attorney's office, which will make the decision on whether any charges should be filed.