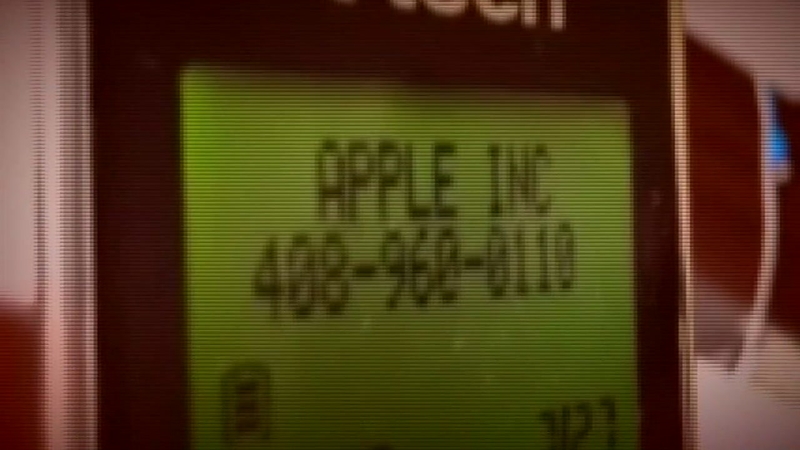 HOUSTON, Texas (KTRK) -- A Houston man is out more than $400 over what he believed was a legitimate service fee from Apple.

Shawn Madison said he received a call to his landline phone from a caller identified as "Apple Inc."

"When I saw Apple Inc. on my phone, I got the phone call and assumed it's Apple Incorporated," said Madison.

The caller on the line told him his software had been compromised.

Warnings about what happened to Madison are being talked about all over social media.

It's incredibly believable when the caller ID on the phone comes up as Apple. We even reverse-checked the numbers, and some of them come back to actual Apple store fronts in California.

It's not just limited to Apple. From the phone to email, the scams are everywhere.

Dan Parsons, president of the Better Business Bureau, has received similar phishing emails from Microsoft. He says the scammers love to jump on breaches and real events in the news to make the phone call or email seem very real and urgent.

"A story about a data breach, a story about some new technology that's gone afoul, and everyone has to go check, and that means me too. Here I go, and you walked right in on it," Parsons illustrated.

Madison realized he was scammed after calling Apple directly. He says it's a hard lesson learned.

"Apple said, 'That's not us, that's not us.' I had both of them on the line, and that's how I found out. I had paid. I told the guy, I said, 'You guys are scammers.'"
Report a correction or typo
Related topics:
houstonscamsapplescam
Copyright © 2021 KTRK-TV. All Rights Reserved.
More Videos
From CNN Newsource affiliates
TOP STORIES