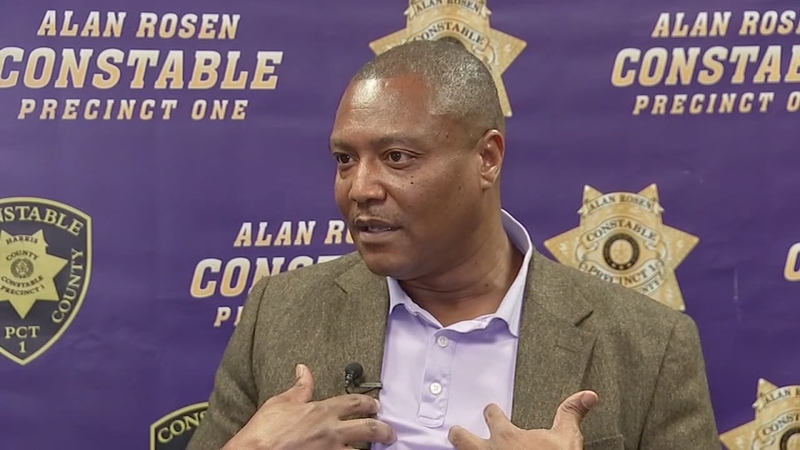 HOUSTON (KTRK) -- After spending 18 years on Texas death row, for a crime he didn't commit, Anthony Graves would have every right to be bitter.

He isn't, and that's reflected in his annual appearance at a Teen Summit sponsored by Constable Alan Rosen.

"Even though all this happened to me, it was a bad apple that did it to me. It wasn't the whole justice system," he said.

The prosecutor who withheld evidence that showed Graves did not commit the murder of six people in Sommerville was later disbarred.

The other man convicted in the murders, later confessed in prison that he alone was responsible. He was later executed.

Rosen is a practitioner of community policing. "We don't want to be reactionary, we want to be proactive," he said. "The purpose of the summit is to break down some of the mystery, and to bring inspirational speakers like Anthony." It's the fourth summit that Graves will attend.

"I know their stories," Graves said. "Some kids grow up watching people put in the back of police cars, and they see it on the news every night. We need to show something positive," he said.

It also involves practical instruction on how to interact with law enforcement. "I'm not here to talk about consequences, but questions that you think you may know what the law is, or what your friends say it is. You'll have people right here that you can ask anything to," he said.

The event draws about 800 students from middle and high schools.

This year's summit will be held at Eisenhower High School located at 7922 Antoine. Metro will provide some of the transportation for the event starting 10 a.m.