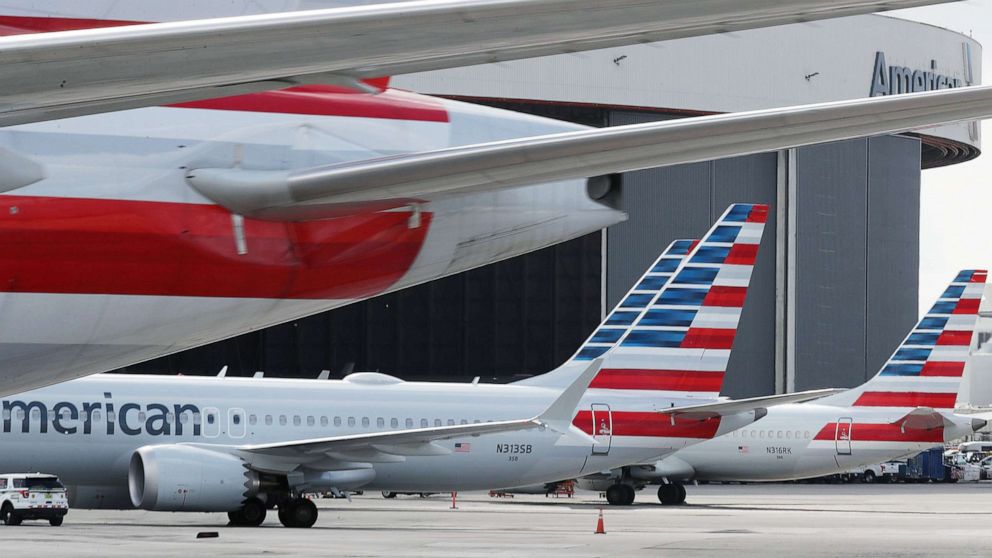 American Airlines announced in a Securities and Exchange Commission filing on Wednesday that it expects to start flying the troubled Boeing 737 MAX aircraft on Jan. 16.

The airline said it expects the two software upgrades to be approved before the end of the year and it is notifying Wall Street on when it intends to fly the MAX again.

American Airlines is one of three U.S. carriers -- including United Airlines and Southwest -- ordered by federal regulators to ground all Boeing 737 MAX aircraft following two crashes in October 2018 and March 2019, which killed a total of 346 people.

Since the grounding of the Boeing MAX aircraft in March, U.S. commercial carriers have said they have gone to great lengths to minimize the impact on their passengers, pulling MAX flights from their schedules.

The House Committee on Transportation and Infrastructure has been working to get a better understanding of the Federal Aviation Administration's oversight, certification and delegation along with an investigation into Boeing's design and development of the 737 MAX.

When asked if Boeing made any mistakes, CEO Dennis Muilenburg has repeated that not having an "AoA Disagree Light" working on all MAX aircraft was a mistake.

In both crashes it appears that the angle-of-attack sensors sent bad data, misfiring the MCAS -- or Maneuvering Characteristics Augmentation System -- and the software fix will rely on both sensors for activation.

This is one of the outstanding questions: Wasn't it a mistake to use just one sensor, if the fix is using both?

On Oct. 30, Muilenburg will appear on the Hill and is expected to answer that question when he testifies on the airworthiness of the 737 MAX and the updates made to the MCAS software.

This will be his first appearance before lawmakers since the two fatal crashes.

Preliminary findings indicate that while the pilots of Lion Air flight 610 and Ethiopian Airlines flight 302 fought to regain control of their aircraft -- making life-and-death decisions in a matter of minutes -- they were bombarded with cockpit alarms.

The National Transportation Safety Board said those alarms and alerts were "undoubtedly confusing" and "probably" made a stressful situation worse. In response, they issued non-binding safety recommendations to the FAA.

Transportation and Infrastructure Committee Chairman Rep. Peter DeFazio, D-Ore., said that the NTSB recommendations suggest that in designing and certifying the 737 MAX Boeing and the FAA, "may not have made realistic assumptions about how pilots respond to multiple simultaneous and potentially confusing warnings in emergency situations."

The path to certification

The FAA has been working with Boeing, international authorities, the aviation industry and a team of technical experts to return the Boeing 737 MAX to service.

In June, Boeing announced that they completed development of the updated software for the 737 MAX, along with engineering test flights.

Boeing then worked to address FAA requests for additional information on the system architecture, detailing how pilots interact with the airplane controls and displays in different flight scenarios.

Once the FAA completes their review and schedules test flights, Boeing will submit final certification documents.

Federal regulators have not yet set a date for certification flights, but in an interview with ABC News last month, the head of the FAA, Stephen Dickson, said that no U.S. commercial carrier will fly the Boeing 737 MAX until he is "completely assured" that it is safe to do so.

HISD won't return to the classroom until at least October 16