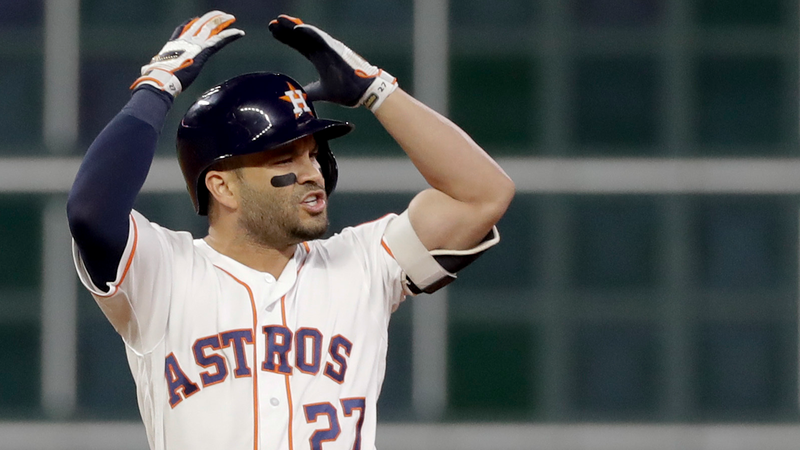 That's the verdict from the wives and family members of the Houston Astros after a controversial ruling that denied the team a 2-run homer in the first inning of Game 4.

As the Red Sox's Mookie Betts went to rob Altuve of a home run, his glove hit a fan's hand. The ball first touched a fan, so naturally, one would believe it was a home run.

I feel the need to acknowledge & address the amount of people who have called me “princess”, “honey” or a terrible “girl” sports fan. Just because I have an opinion on the call doesn’t give you the right to be degrading & disrespectful because I’m a woman.

The wives of Altuve and Marwin Gonzalez turned to Instagram Stories to protest the umpire's call.

"Send the police, because Jose was robbed," wrote Noel Gonzalez.