Arrested as teens, 3 Baltimore men exonerated after 36 years in prison 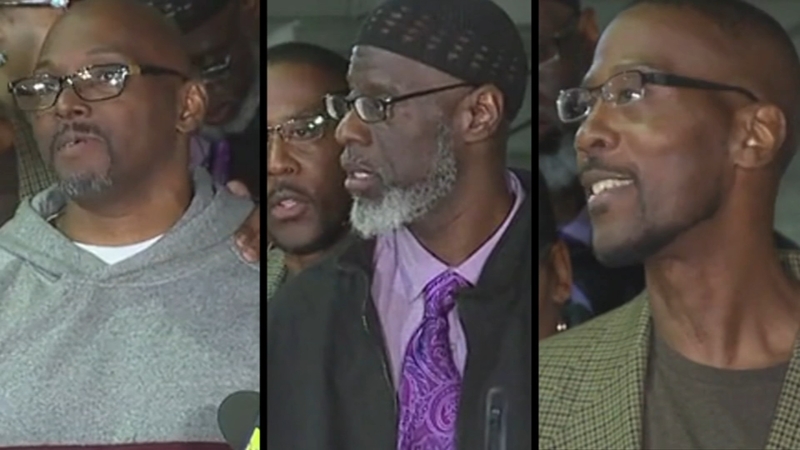 BALTIMORE, Maryland (KTRK) -- Three men who spent 36 years in prison for a murder they did not commit have had their convictions overturned.

The men were released from prison Monday evening, and now, they're calling for justice for others.

"On the inside, I hate to put it like this, but we went through hell. It wasn't easy. You see us all here smiling because we are happy that we are free, but we still have a lot to fix," the men said.

During the trial, four students testified against Chestnut, Watkins and Stewart.

Baltimore's state attorney, Marilyn Mosby, says the witnesses were pushed to make the testimony, even though it wasn't true.

"They weren't issued a fair trial. There was coercion in this case where the juveniles that were 13, 14, 15, 16 years old were coerced into identifying a defendant," Mosby said.

Now, those three men, who lost majority of their lives, are reuniting with their families.

"This is the first time I have been able to see my son in about 20 something years," Chestnut's mom said.

These convictions were overturned because of the work of Baltimore's conviction integrity unit, which examines cases similar to this one.