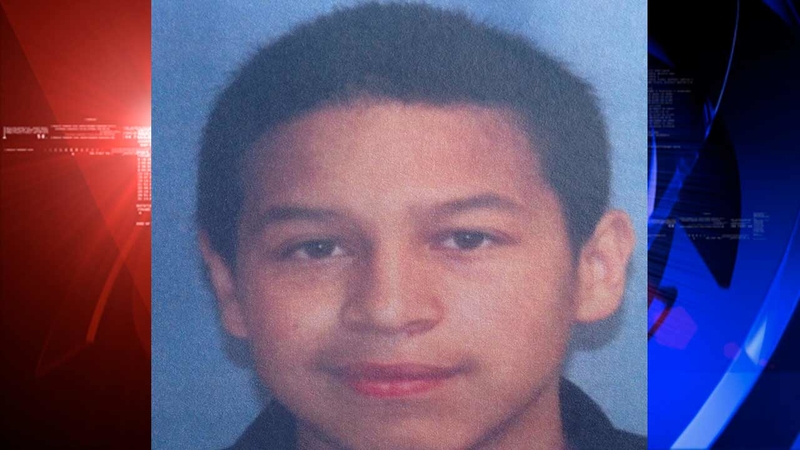 ALDINE, TX (KTRK) -- There was a very emotional scene Sunday at a memorial to remember the short life of a murdered middle school student.

Dozens of family and friends gathered to remember Jose Meraz. He was murdered last week. The 14-year-old from Honduras was living with cousins here in Houston. With his parents still in Central America, the family he made here in the states celebrated him in song and prayer and also lots of tears.

Meraz's body was discovered in a heavily wooded area in west Houston on September 15 by a person walking his dog. The 7th-grade student from Stovall Middle School was last seen by his family two days earlier.

His cousin, Derrick Reyes, who was like a brother to him, told us he is relying on his faith to get through this difficult time.

His aunt, Herlinda Reyes, says they killed him with a machete. His body had been mutilated.

The family believe he died at the hands of MS-13 gang members for refusing to kill someone else.

Police believe this murder is gang-related. An investigation is ongoing.

If you know anything about Meraz's death, you are asked to call Houston police.