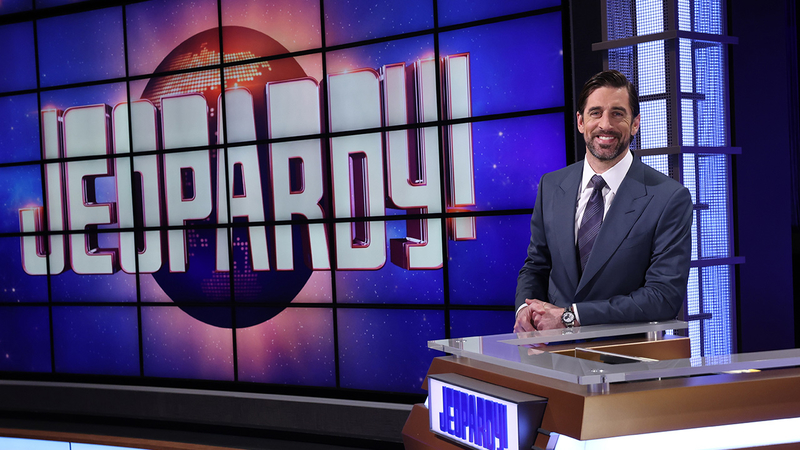 In the aftermath of longtime host Alex Trebek's death in November, the beloved game show has been featuring a roster of guest hosts that so far has included Mike Richards, the program's executive producer, Ken Jennings, the Jeopardy! Greatest of All Time and consulting producer and journalist Katie Couric.

The Green Bay Packers quarterback says there a lot of similarities between football and the iconic trivia show. He says the "best players are the smartest players" and that it takes focus to succeed at both.

The former Celebrity "Jeopardy!" champion has watched the game show ever since he was kid and says Alex Trebek was a big part of his childhood.

"The voice of Alex was one of the voices of my youth, with him and John Madden and Al Michaels, some of these people who narrated my childhood," Rodgers said. "He was part of that and carried on to my last 16 years in Green Bay, it's a staple in my house."

Others scheduled to take their turns include television journalist Bill Whitaker, and actress and neuroscientist Mayim Bialik.

With each guest host's appearance, a donation will be made to a charity of their choice. The amount donated will equal the cumulative winnings of the contestants that compete during the weeks they serve as guest host.

As a part of Rodgers's appearance, a donation will be made to the North Valley Community Foundation, an organization based out of Butte County, California, where they have been instrumental in the rebuild of the community following a series of natural disasters.

The donation will help raise money for rebuilding schools, afterschool and sports programs, and help small businesses that have been hit hard by the COVID pandemic.