Eyeglass store burglarized twice in a week; owner fears it's a trend 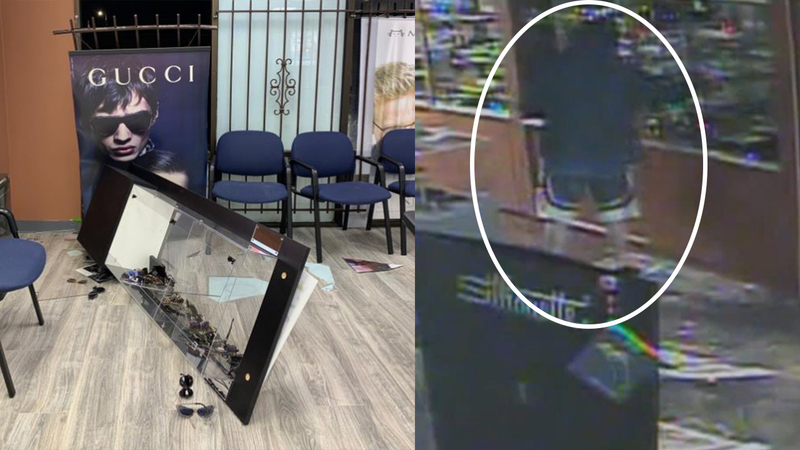 HOUSTON, Texas (KTRK) -- A Houston eyeglass store was burglarized twice in one week, and the owner fears it's a part of a growing trend for his industry.

GLASS SHOP THEFTS: This SW Houston eyeglass owner had his store hit twice last week. The thieves got away with nearly 300 frames. Not far, another eye glass store was nearly bruglarized. Why these owners believe they’re being targeted, plus surveillance vid on @abc13houston 5pm pic.twitter.com/TgnKsnn8EV

EZ Optical owner, Mustafa Asif, told Eyewitness News suspects broke into his southwest Houston store last week. Surveillance cameras captured how the suspects ripped through the lock on the store's door and went inside in a matter of seconds. Once they were inside, the suspects smashed the alarm system and grabbed a trash can to haul away nearly 250 glasses in minutes.

Asif said though he was upset, he hopes that was the worst of it.

"We were like, 'This kind of stuff happens. Let's clean up and start again,'" he said.

"When I looked through my cameras at home, surely someone had broken our storefront glass and the burglar bars," said Asif.

For the second time, the suspects used a trash can to haul away dozens of glasses. Asif estimates he's lost about $35,000 in total damages.

"Especially during [the pandemic] with private businesses struggling, and then you go through things like this, and it just hurts you even more," Asif said.

Asif, who is the president of the Certified Opticians Association of Texas, said thieves have turned to eyeglass stores because of the money they can get from websites.

ABC13 asked the Houston Police Department if they're aware of an increase in burglaries regarding eyeglass stores. Eyewitness News did not receive a response as of Monday night.

To prevent a third burglary, Asif said he has since upgraded security, both inside and outside of the business. He hopes those measures will prevent future early morning alerts from his security company.

"Sleeping at night has been difficult, I'll be honest with you, because when the phone rings at four in the morning, my heart starts beating a little bit more faster now," said Asif.

A description of the suspects has not been released and it's unclear if the same suspects were involved in both incidents. Anyone with information on these cases is asked to contact the Houston Police Department.