Tornado and thunderstorm cause damage, no injuries in Arlington 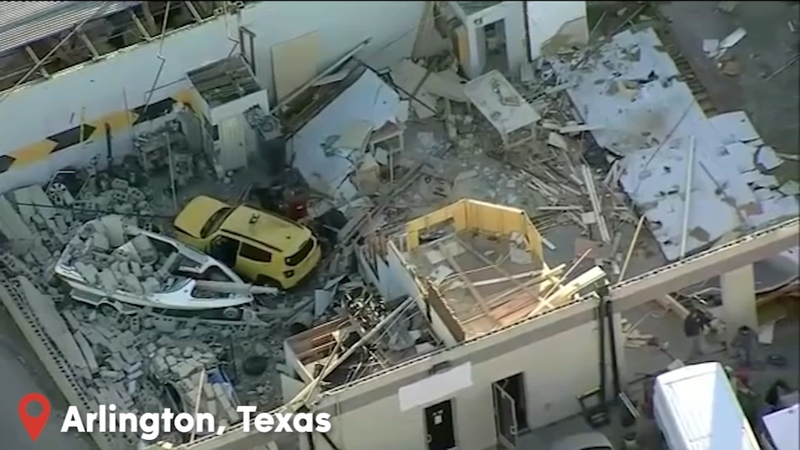 Tornado and thunderstorm cause damage in Arlington

ARLINGTON, Texas (KTRK) -- Powerful thunderstorms and a tornado swept through parts of the Southern Plains on Tuesday night, causing damage in the Dallas-area city of Arlington but no reported injuries or fatalities.

A National Weather Service team will survey damage in Arlington to determine whether a tornado caused the damage, meteorologist Jason Dunn told the Star-Telegram newspaper.

You can see footage of the storm damage, including destroyed buildings and broken car windows, in the video player above.

NWS Fort Worth later confirmed that a tornado touched down in Arlington.

Large hail and strong winds were also reported in Oklahoma, but there were no widespread reports of damage.

In the South, tornadoes and severe storms are not uncommon in the late fall and early winter.

"We could get a tornado any month of the year here," Dunn said.

The Storm Prediction Center in Norman, Oklahoma, says more severe thunderstorms are possible throughout the week in parts of the South and Midwest.

WATCH: From destroyed homes to emergency rescues, here's a look at Central America in the wake of Hurricane Iota.