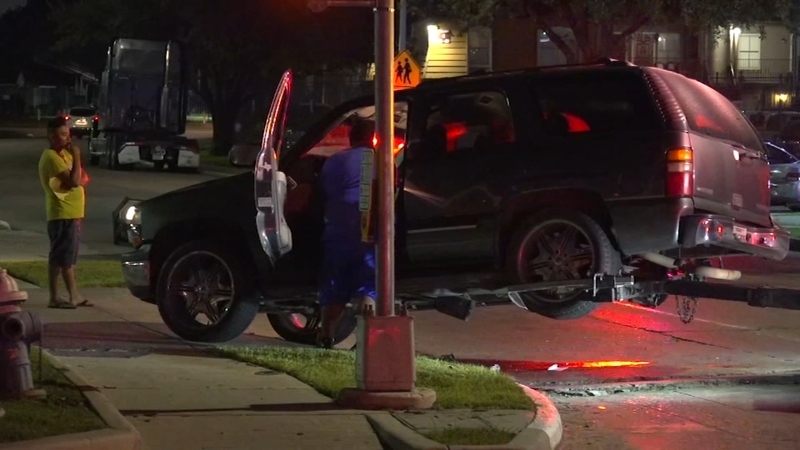 HOUSTON, Texas (KTRK) -- A 7-year-old boy was seriously injured in a crash that one of the drivers tried to walk away from in the Greenspoint area, police say.

The child was riding in a Tahoe on Airline near Dyna around 8:30 p.m. Sunday when the vehicle was hit by someone in a Durango.

After the crash, the two drivers got into an argument, and the Durango driver walked off.

Authorities say they found him a few blocks away, and he showed signs of intoxication.

According to police, he is being processed for possible DWI and failure to stop and render aid.

The child was taken to Texas Children's Hospital.