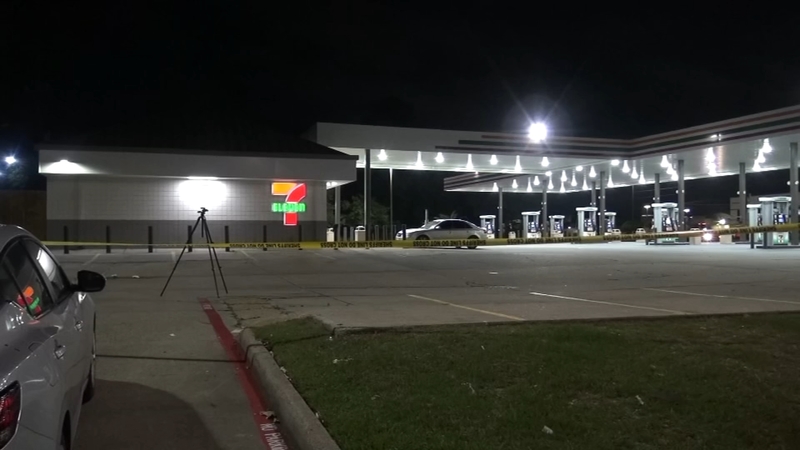 Man shot in the chest during carjacking at N. Harris Co. gas station

HARRIS COUNTY, Texas (KTRK) -- A suspect has been arrested after a man was shot 18 times in a carjacking outside a gas station on FM-1960 in North Harris County, according to deputies.

Harris County sheriff's deputies said the shooting happened around 9:30 p.m. on Thursday at the 7-Eleven near Gatewick.

Investigators said a 45-year-old man was parked outside the convenience store, getting out of his car to go inside, when the suspect walked up to him showing his gun and demanded his vehicle.

The 45-year-old fought back with a knife and managed to stab the 19-year-old suspect, Keiffer Fredrick Edwards. That's when Edwards allegedly fired his gun, deputies said.

We received a call of a carjacking victim who was shot multiple times," Michael Santos of the Harris County Sheriff's Office said on the scene. "He was transported to the hospital in serious, but stable condition."

Edwards then took off in the man's silver 2001 BMW SUV, according to deputies.

A friend of the victim took him to the hospital in serious but stable condition. He remains in ICU, and is expected to be OK.

After the carjacking, a Chambers County sheriff's deputy spotted the stolen BMW, and a short chase began.

Edwards was taken into custody after the stolen vehicle broke down still wearing a ski mask and in possession of the pistol, deputies said.

Edwards is currently in the Chambers County jail and will be brought to the Harris County facility.

A wild case! Last night, @HCSOTexas responded to a shooting (carjacking) at 407 FM 1960 E. Adult male victim advised he was at the air pump when confronted by a suspect wearing a ski mask. The suspect robbed him of his vehicle. Suspect pulled a gun and victim tried to fight 1/4 pic.twitter.com/DRM5tCFcXs

On Monday, court records show he was previously charged for assaulting a family member.

Edwards was given a personal bond set at $1,000, meaning he is allowed to leave without any money, as long as he attended future court appearances.

He was in jail about a week ago and charged with evading police with a bond set at $5,000.