Saudi Arabia: Hajj will see at most 'thousands' due to coronavirus pandemic 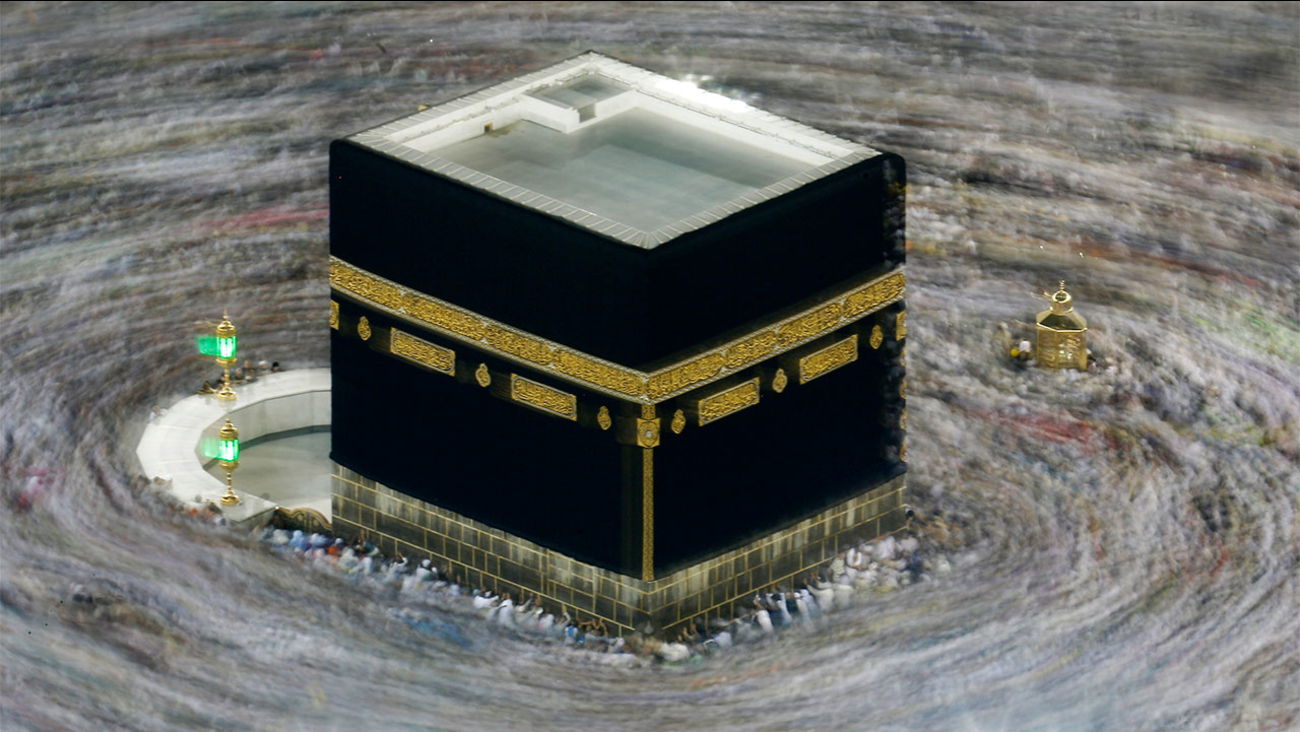 DUBAI, United Arab Emirates -- A Saudi official said Tuesday that the hajj pilgrimage, which usually draws up to 2.5 million Muslims from all over the world, will only see at the most a few thousand pilgrims next month due to concerns over the spread of the coronavirus.

The kingdom's Hajj Minister Muhammad Benten said a "small and very limited" number of people - even as low as just 1,000 from inside the kingdom - will be allowed to perform the pilgrimage to ensure social distancing and crowd control amid the global virus outbreak.

"The number, God willing, may be in the thousands. We are in the process of reviewing so it could be 1,000 or less, or a little more," Benten said in a virtual press conference.

While the decision to drastically curb this year's hajj was largely expected, it remains unprecedented in Saudi Arabia's nearly 90-year history and effectively bars all Muslims from outside the kingdom from travelling there to performing the pilgrimage.

The Saudi government waited until just five weeks before the hajj to announce its decision. The timing indicates the sensitivity around major decisions concerning the hajj that affect Muslims around the world.

"This is a very sensitive operation and we are working with experts at the Health Ministry," Benten said, stressing the importance of protecting the lives and health of pilgrims.

As part of the curbs, Saudi officials said that no one over the age of 65 will be allowed to perform the hajj and that all pilgrims and those serving the pilgrims this year will be quarantined both before and after the pilgrimage.

Saudi Arabia first announced late on Monday that only a very limited number of pilgrims would be allowed to perform the hajj in Mecca from among residents of various nationalities already inside the kingdom.

It's a blow to those who've saved money for years to afford the journey - the hajj is not only a once-in-a-lifetime requirement for all Muslims but also a chance to wipe away past sins and connect with Muslims from all walks of life.

"It is a wish of every Muslim to perform hajj, but because of COVID-19, it will not be possible this year," Chairman of the Islamic Centre of India Maulana Khalid Rashid said.

Rashid, who is one of India's most influential Muslim clerics, said China is ultimately responsible. "Had China told the world about COVID beforehand, the world would have reacted differently," he said, adding that a delegation from India should be allowed to go and perform the hajj.

"This is an annual ritual and the tradition should not be broken," he said.

The hajj typically draws 2 million people from around the world, with the rest coming from inside Saudi Arabia. It's a profound experience, with the faithful standing should-to-shoulder in prayer, often weeping, their palms stretched toward the sky for five intense days of worship around Mecca.

Each country is allocated a specific quota of hajj visas according to its population of Muslims, with Indonesia having the largest, close to 221,000. In countries like Egypt, Pakistan and India, securing a slot can require hefty fees, a connection to a local official or simply years of patience.

Pakistan, which usually sends around 180,000 pilgrims, said Saudi authorities had been in touch to inform them about the decision to limit this year's hajj. Instead, Pakistani diplomats already in Saudi Arabia will represent the country this year at the hajj, which begins at the end of July.

The president of an association of hajj tour operators in Bangladesh, Shahadat Hossain Taslim, praised the decision to essentially hold the hajj with just a symbolic number of pilgrims.

"It has a great symbolic value," he said. Around 137,000 Bangladeshis typically travel to Mecca each year for the hajj.

"We are going to lose business worth millions of dollars, but we have nothing to do. The situation is not in our hands," Taslim added.

Egypt's top Muslim cleric, Sheikh Ahmed el-Tayeb, praised the Saudi decision as wise, and said it showcases Riyadh's awareness of the dangers caused by the virus. Similarly, officials in Indonesia and Afghanistan welcomed this year's restrictions on hajj.

Saudi Arabia's borders have been shut to foreigners since late February in attempts to slow down the spread of the virus. The government suspended the smaller year-round umrah pilgrimage earlier this year, imposed a nearly three-month-long 24-hour curfew in Mecca, shuttered mosques during the holy month of Ramadan and restricted businesses.

Still, the kingdom has one of the highest infection rates in the Middle East, with more than 161,000 confirmed cases so far, including 1,307 deaths.

The virus causes mild to moderate symptoms in most people, who recover within a few weeks. But it is highly contagious and can cause severe illness or death, particularly in older patients or those with underlying health problems.

Saudi Arabia said the decision to curtail the hajj was aimed at preserving global public health because of the risks associated with large gatherings. It defended its decision on religious grounds as well, saying that the teachings of Islam require the preservation of human life.

In Afghanistan, retired army colonel Mahmood Seddiqi said Muslims who cannot go to Saudi Arabia this year should donate the money they would have spent on the pilgrimage to help those hardest-hit by the pandemic and its economic impact.

"It's Allah's will," he said. "It will be better to help your neighbors and people in need."

The kingdom has faced smaller epidemics like the MERS virus and had taken precautions by barring pilgrims from African countries stricken by the Ebola virus in recent years.

The most dramatic closure of the Grand Mosque in Mecca, however, took place in 1979 when religious extremists stormed Islam's holiest site, which houses the cube-shaped Kaaba that Muslims pray toward and circulate during pilgrimage. Thousands of worshippers were trapped inside and hundreds were killed in a siege that lasted two weeks.
Report a correction or typo
Related topics:
religion & spiritualityhealthsaudi arabiasocietycoronavirusu.s. & worldislam
Copyright © 2020 by The Associated Press. All Rights Reserved.
U.S. & WORLD