KTRK
HOUSTON, Texas (KTRK) -- The Christopher Columbus statue at a park near the Museum District has been vandalized again. 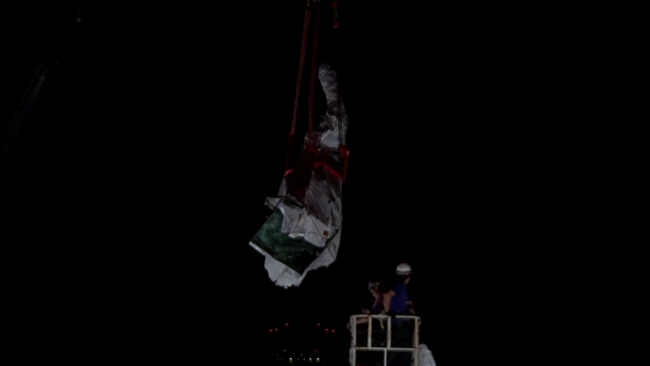