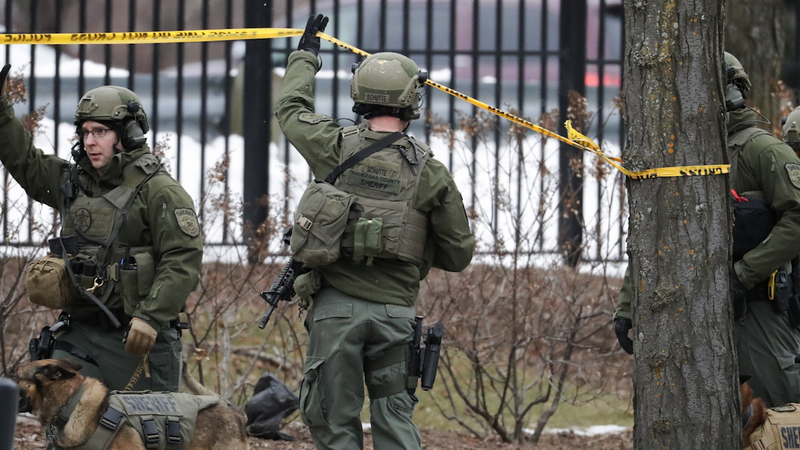 HOUSTON, Texas (KTRK) -- The Molson Coors beer-brewing company was forced to cut short a conference in Houston on Wednesday after receiving news of a deadly shooting that happened at its Milwaukee headquarters.

Employees were at the George R. Brown Convention Center in downtown Houston for the conference, which was being held for distributors.

The CEO of @MolsonCoors was in #Houston for a convention at the time of the mass shooting in #Milwaukee
The latest: https://t.co/jVa6JzuGx7 #abc13 pic.twitter.com/dUhPFkPky6

At least eight people were injured in the mass shooting at company's facility. The gunman, who was reportedly a disgruntled employee, is dead, police told ABC News.

ABC13 learned the conference included a mix of employees as well as distributors from across the country.

It was a three-day conference that began on Monday. A reception that was planned after the conference was cancelled along with other events.

CEO Gavin Hattersley addressed attendees making them aware of the shooting and then reportedly flew back to Milwaukee.

"He just came out and released a statement and he was on his way back to Milwaukee, obviously, to get back to the brewery," a distributor told ABC13. "It's obviously something that's heartbreaking."
Report a correction or typo
Related topics:
houstonemploymentmass shootingshootingu.s. & worldbeer
Copyright © 2021 KTRK-TV. All Rights Reserved.
TOP STORIES
HPD officer killed while serving warrant to be laid to rest today
Man killed in apparent road rage shooting in SE Houston, HPD says
Moisture returns and rain chances are on the rise
Eligible for a COVID booster shot? Where you can get one
Man arrested for killing ex's new boyfriend, deputies say
31-year-old Cy-Fair Fire Dept. driver operator dies of COVID
World renowned forensic sketch artist retires after 39 years
Show More
Mother, 2-year-old son killed in fall at Petco Park before Padres game
Who's eligible for Pfizer booster shots?
Man killed in drive-by shooting at E. Harris Co. home identified
Mother bear and cub enjoy afternoon on school playground
Houston Afghan Americans protest against Pakistan's support of Taliban
More TOP STORIES News