Pasadena shooting victim among those remembered during National Day of Remembrance 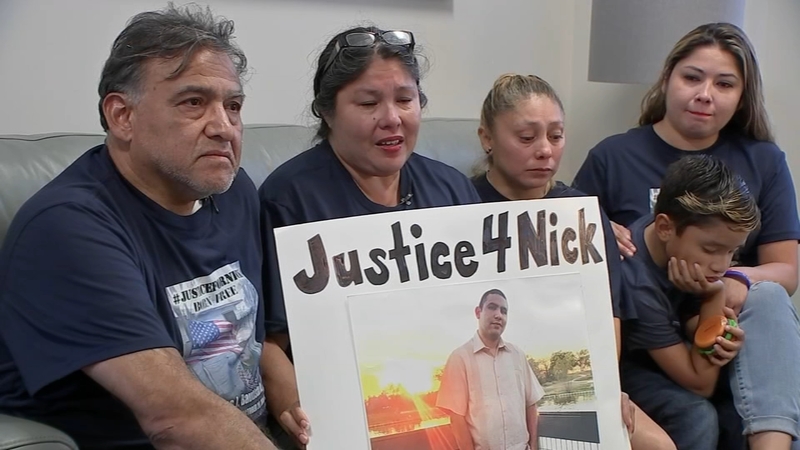 Pasadena man among those remembered on National Day of Remembrance

HOUSTON, Texas (KTRK) -- Families who lost loved ones to murder came together Sunday during National Day of Remembrance to reflect their loss. All of them are grieving but none of their stories are the same.

The families share an unfortunate bond, but with so many victims, the Bautistas are trying to make sure their son isn't forgotten.

Nicolas Bautista was found in front of his home on the sidewalk, dead by a gunshot wound back in October.

Police believe Bautista was killed in a case of mistaken identity as detectives say he was shot by a man he did not know.

Pasadena police responded to the shooting of Bautista in the 200 block of Wafer on the afternoon of Oct. 28.

According to witnesses, 37-year-old Nicolas was outside of his home when a man with a shotgun confronted him.

Police say after the two men had a brief conversation, the suspect shot his weapon one time and then drove away.

Investigators believe Oscar Garvia was behind the murder, and nearly a year later, the Bautista's don't know where their son's suspected killed could be.

Crimestoppers are offering a $10,000 reward for Garcia, who is described as a bearded Hispanic man, last seen wearing dark pants, a gray T-shirt, baseball cap, and driving a Ford F-150 four-door truck.

HAVE YOU SEEN HIM? @CrimeStopHOU may pay up to $10K for information leading to this man’s arrest.

Oscar Garcia is wanted for murder.

The family of Nicolas Bautista, 37, pleas with the community to find his killer.

The truck had aftermarket wheels, a paper registration in the back window, and a small sticker on the left side rear window (behind the driver's seat)."

Anyone with information is asked to contact Detective C. MacGregor at 713-475-7891 or make any anonymous tip to 713-222-TIPS. You may also submit tips online at CrimeStoppers.org.