She is giving back more than $200,000 in seized cash and handing the case off to federal authorities.

A statement from District Attorney Kim Ogg on the case says one of the conflicts involved "a potential defense witness who is a former contract employee (of the district attorney's office) and a political fundraiser (for Ogg's campaign)." 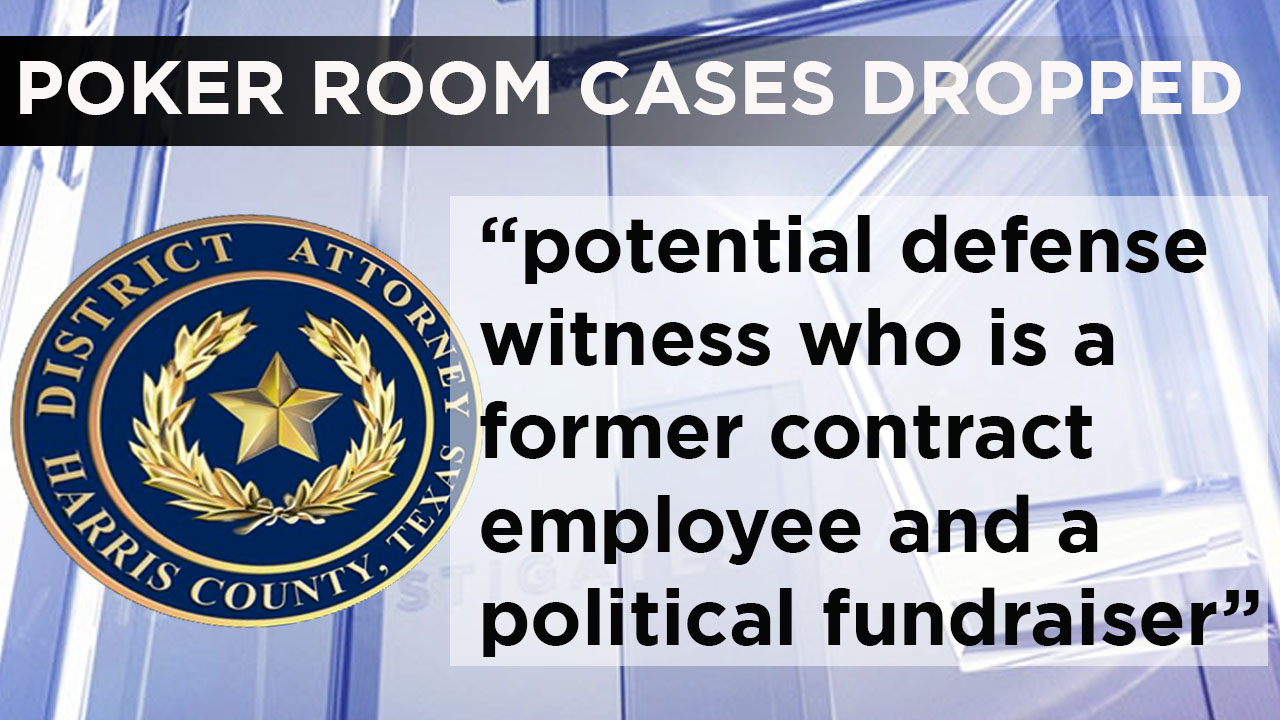 In a phone call, Ogg wouldn't reveal who that was but did say the information was brought to her office by defense lawyers. Tuesday night, multiple defense lawyers on the case told 13 Investigates that information they brought was about Amir Mireskandari. 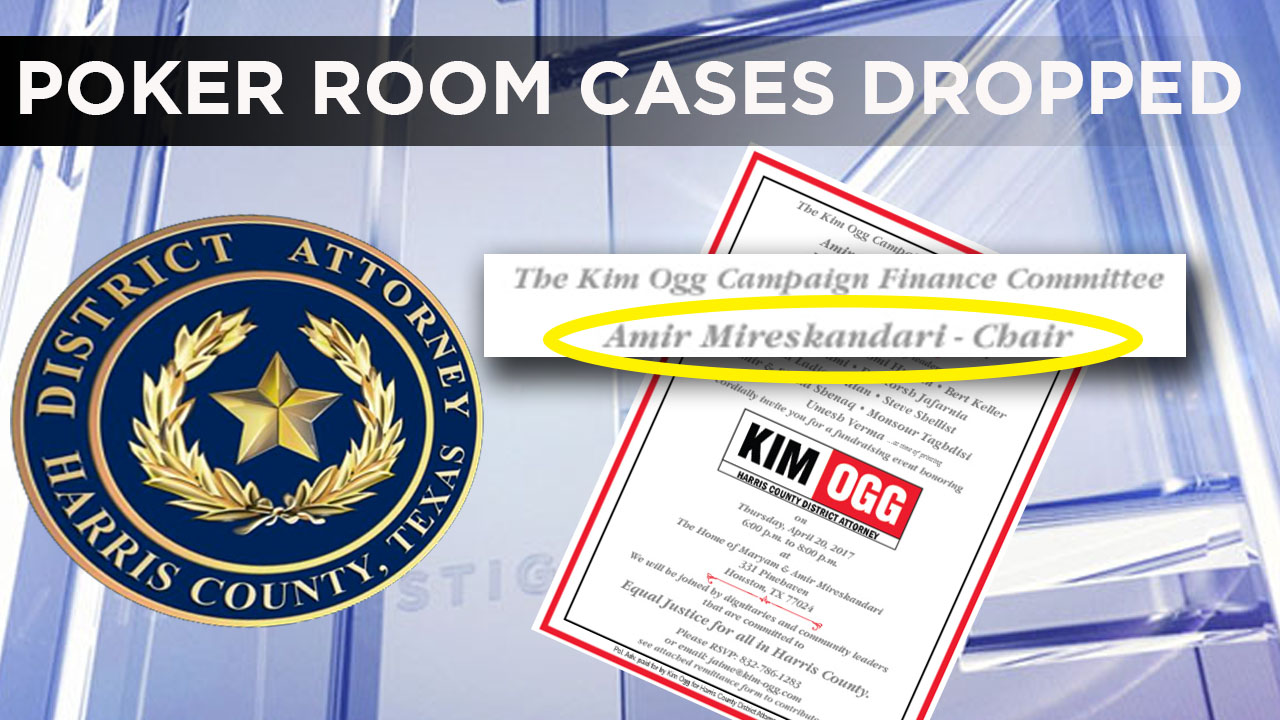 Mireskandari was Ogg's campaign finance committee chair in her 2016 race.

Once she took office, he signed on as a consultant to her team to consult on financial crime investigations. He is not a lawyer. 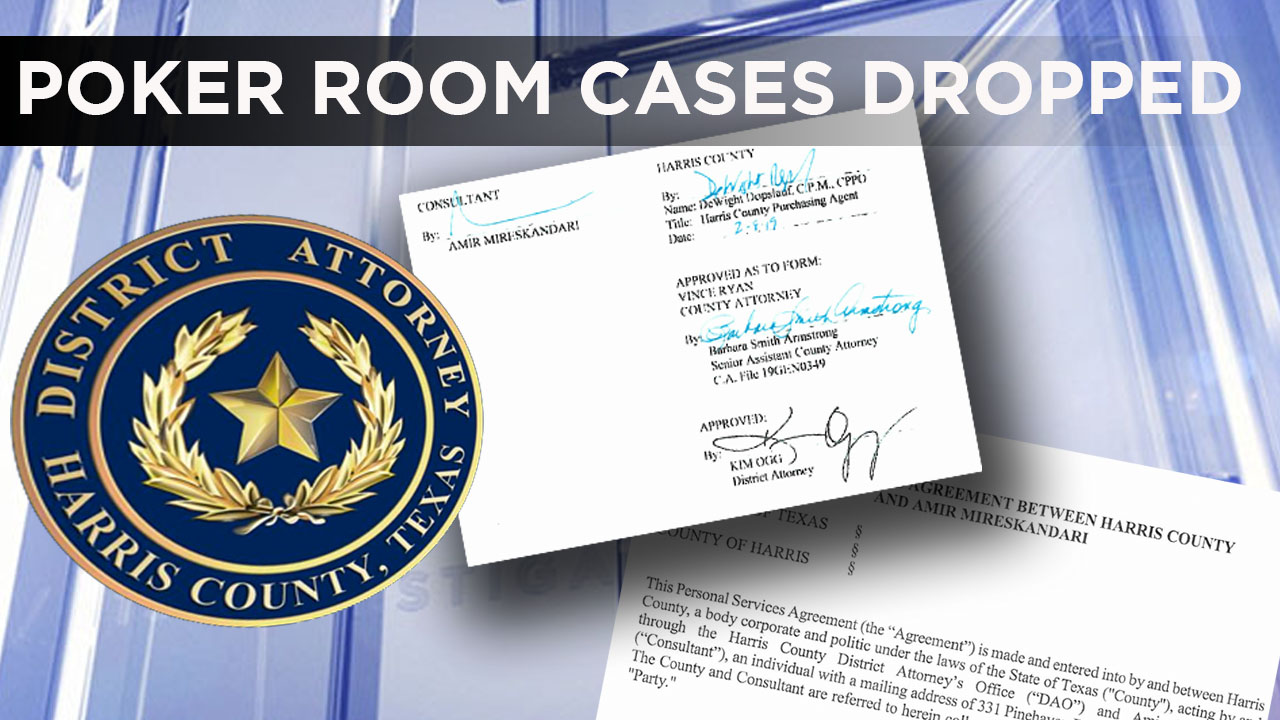 Ogg said Mireskandari hadn't been paid in over a year, but records show he signed his most recent contract in February 2019.

Those defense attorneys tell us he was offering help getting a permit or legislation passed to legalize the poker operations. The information was given to the district attorney within the last two weeks. The most recent meeting was last Friday, 13 Investigates was told.

The charges were dismissed four days later. Some of the defense attorneys credited Ogg for moving fast after being presented with the information.

Prime Social Poker Club says they are planning to re-open within a few weeks, but it's not all over. There is still a civil suit alleging the poker rooms are a public nuisance and the district attorney has sent the case to the FBI.

The FBI told 13 Investigates in a statement, "The FBI will review the material provided to us by the Harris County DA's Office and consult with the USAO to determine whether or not any federal law(s) were violated."

13 Investigates sent Mireskandari text messages that were not returned. We called repeatedly. None were answered.

Have a tip for Ted Oberg? A problem to solve? Get in touch with us on our tip page, or send a tip below. (On mobile? You can open our form by tapping here.)
Report a correction or typo
Related topics:
houstonarrestted oberg investigatestexas newsgamblingfbicorruptionraid
Copyright © 2020 KTRK-TV. All Rights Reserved.
More Videos
From CNN Newsource affiliates
TOP STORIES