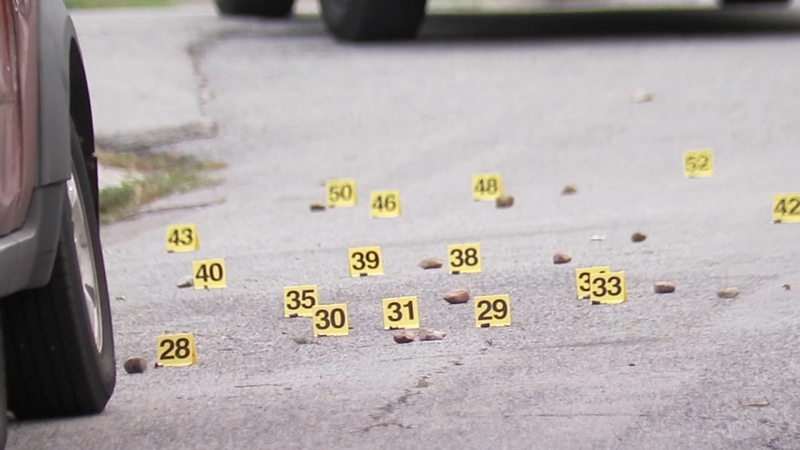 HOUSTON, Texas (KTRK) -- Residents in Independence Heights are uneasy a day after bullets rained down on E. 32nd Street.

Moments before, neighbor Tiffany Ainsworth heard the cascade of gunfire.

RELATED: 'Somebody knows something': Police search for leads after 23-year-old found gunned down in street

"I was sitting at home watching TV with my dogs, and heard at least 20 gunshots. Just rapid fire, terrified us. Dogs freaked out. I hit the ground," she said. "And that was it. There was no noise before, no noise after."

The extent of the shooting wasn't clear until daylight. After the sun came up, detectives kept finding shell casing after shell casing. Houses and cars that had nothing to do with the crime were hit. In all, police estimate 51 shots were fired.

The family of the young man killed was not ready to talk about the tragedy, so Independence Heights community leaders spoke on their behalf.

"This is a community built on faith. Our family grew up right down the street here. My family still lives here," said Tonya Debose of the Independence Heights Redevelopment Council. "We want to make sure this family has what it needs, and the community continues to pray for the family."

Anyone with information is being asked to contact Houston police.