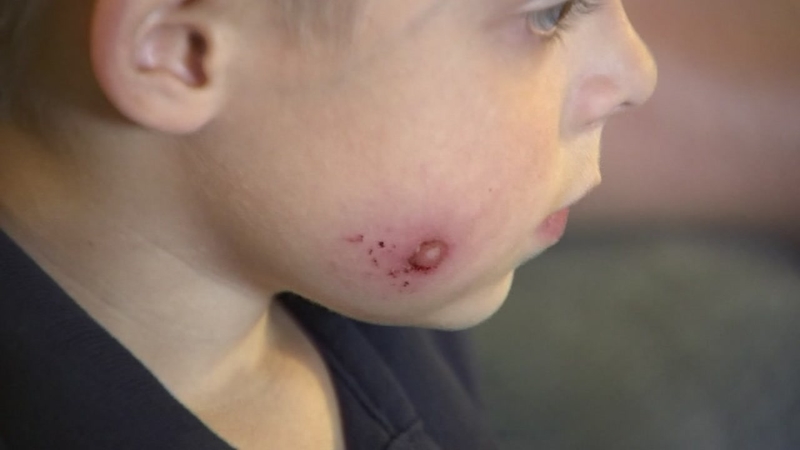 5-year-old pelted by paintballs on Halloween

Logan White is only 5 years old, but his sense of security has been shattered after he became the victim of a violent assault while trick or treating.

White was dressed up like a soldier, inspired by his own dad. He had just finished collecting candy Monday night when he was attacked.

"I got hit by a paintball," Logan said.

Kristopher White says a car drove by and that is when someone opened fire on a crowd, firing paintballs at Logan and three other people.

Logan's cheek was left bruised and swollen, a giant welt where the paintball exploded on his face.

"Anyone that's been shot by a paintball knows it hurts no matter what," Kristopher White says. "Especially for him, I can't imagine getting hit in the face."

An abandoned horse that was shot with paintballs is recovering at a Chester County facility.

But Logan's injuries go beyond the physical ones. He's complained of bad dreams, and this innocent child says he no longer wants to go trick or treating.

"Cause I don't want to get hit again," Logan said.

In a world where parents will do anything to make their children feel safe, Kristopher White is left without an explanation for what happened.

"It's just disappointing to me that somebody would think that would be funny or a good time to do that to children," Kristopher White said. 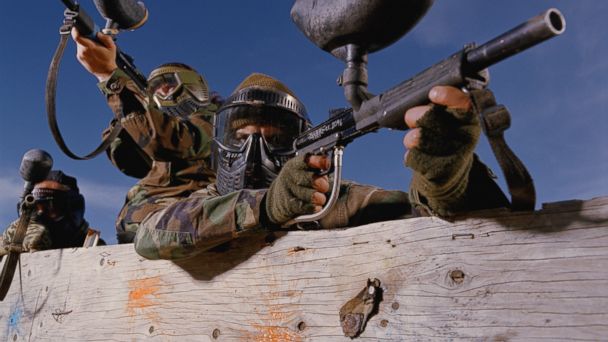