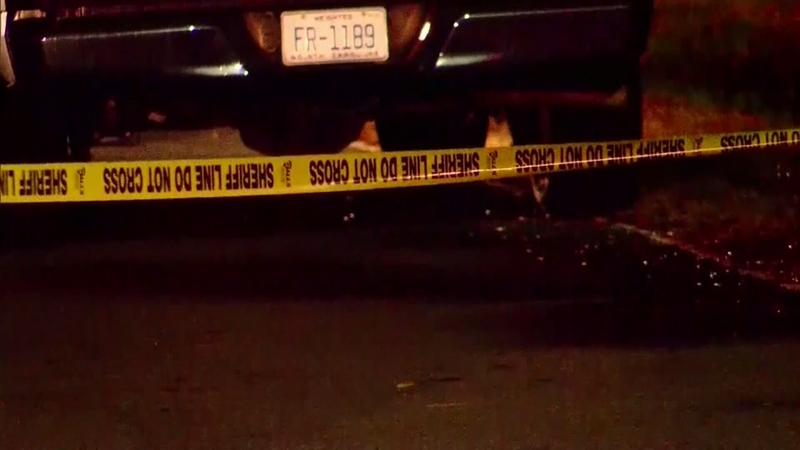 MARIETTA, North Carolina -- A North Carolina woman was killed and two of her young grandchildren were injured, one of them critically, when the three were attacked by four Rottweilers owned by the woman's brother, the sheriff's office said.

The two children, ages 7 and 9, were injured in the attack.

When deputies arrived, they found Currier dead, the children injured and the dogs approaching them in an aggressive manner. The dogs were shot and killed.

The 56-year-old wife of the man who owned the dogs was hurt when the deputies opened fire at the dogs. She was treated and released from Southeastern Medical Center.

According to the sheriff's office, Currier was picking up her grandchildren from the school bus stop when she was attacked by the dogs.

Justin Oliver, mayor of Marietta, which is where the attack occurred, said the pet dogs were always kept behind a fence.

"The dogs were always fenced in," he said to WRAL-TV. "If they had not been, it would have been addressed. I don't know how they escaped and how all this happened."