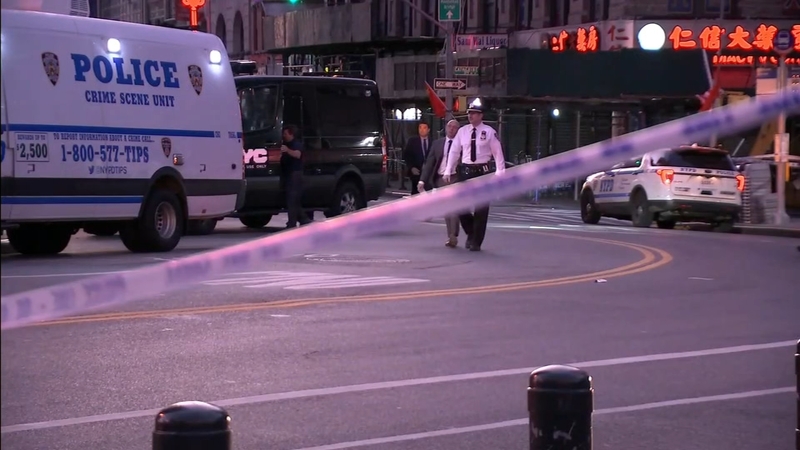 4 men, believed to be homeless, found dead in NYC's Chinatown

NEW YORK CITY -- Four men who are believed to be homeless were brutally attacked and killed Saturday in a New York City street rampage.

Police responded to a 911 call just before 2 a.m. as one assault was in progress in Manhattan's Chinatown neighborhood.

A 24-year-old suspect is in custody but has yet to be charged, the detective said.

The victims apparently were asleep when they were attacked in three different locations. The first died of blunt trauma to the head. A second man was attacked nearby but survived. He was taken to New York Downtown Hospital in critical condition.

The other three victims, attacked about a block away, also died of trauma to the head.

The New York Post published photos of two of the victims under a white sheet, one slumped in a blood-spattered doorway. The other lay under a sheet on the sidewalk.

The identities of the victims have not been released.