Teen fatally shoots mother's abusive boyfriend, will not be charged

AP
FOREST CITY, North Carolina -- A teenage girl drew upon gun training from her late father to fatally shoot an abusive boyfriend who was strangling her mother earlier this month in North Carolina, a prosecutor said Friday.

Steven Kelley, 46, was found dead by deputies who responded Aug. 8 to a call about a shooting at the house in the North Carolina foothills west of Charlotte, authorities said. He was shot twice and killed by his girlfriend's 15-year-old daughter after he attacked the woman and threatened to kill her and her three children in the home they all shared, the Rutherford County Sheriff's Office said.

The children's late father had taught the girl and her siblings how to shoot and safely handle guns, allowing her to effectively use the single-action Colt .45-caliber revolver that had to be cocked between shots, said District Attorney Ted Bell.

"The late father had taught the children how to shoot," Bell said in a phone interview.

Bell said the mother had hidden guns around the house for protection when the boyfriend started acting dangerously in recent weeks. Bell said he believed the revolver was one of those firearms, but he said the boyfriend also kept guns in the house.

Bell said his office determined the shooting was justified and that no charges are warranted against the children.

"It was absolutely clear that the mom's life was in jeopardy, as well as potentially the children, and so in that situation we absolutely support the right of somebody to defend themselves and others with deadly force," he said. "I commend the 15-year-old for doing a very difficult thing by saving her mom's and siblings' lives and showing an amazing amount of maturity."

Authorities say Kelley was a convicted felon originally from Indiana with a history of domestic violence accusations. Kelley, the woman and her three children had recently moved to North Carolina from Indiana.

Kelley had previously attacked the woman on Aug. 4 "and fired multiple rounds from a firearm inside the residence to threaten and terrorize" her, according to a news release by the sheriff and district attorney. He had also threatened her multiple times before, and faced active domestic violence protection orders sought by two different women in Ohio and Indiana, the release said.

Kelley was strangling the woman and threatening to cut her throat when the woman's 12-year-old son retrieved the revolver, according to the news release. Authorities say the boy's 15-year-old sister took the gun from him and fired it twice into Kelley's chest.

The third sibling, a 16-year-old girl, was grazed in the leg and treated at a hospital and released. The mother also had "significant bruises" from the assault by Kelley, the sheriff's office said. 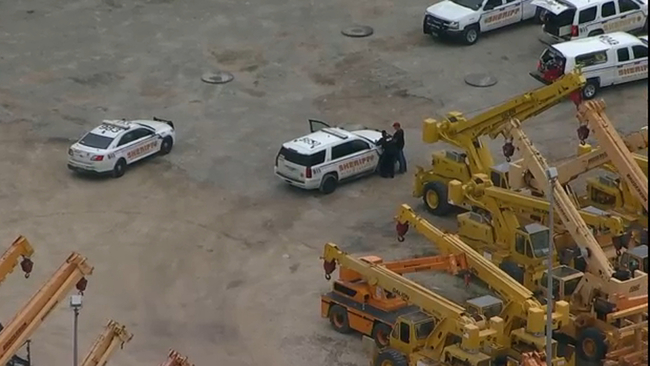