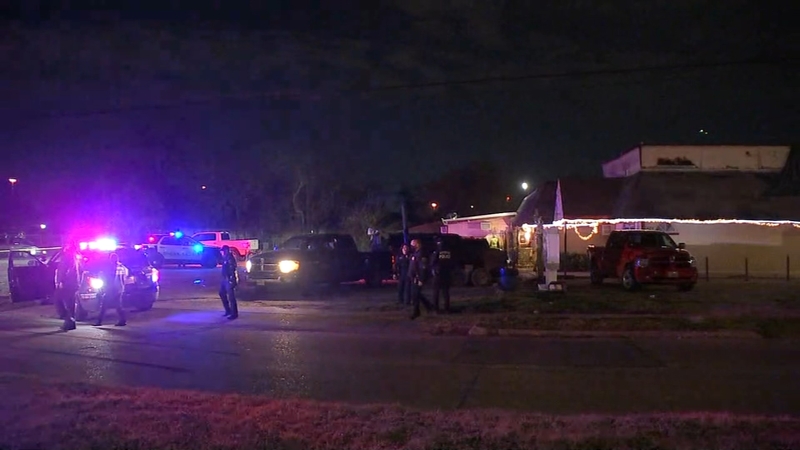 2 men shot by security during fight outside club, HPD says

The shooting happened at 2:17 a.m. Tuesday outside a club in the 4400 block of Cavalcade Street.

When police arrived, they found two men, both shot in the leg.

According to investigators, a large fight between approximately 30 people broke out in the parking lot of the club.

At least seven security guards got involved, trying to break up the fight, police said.

That's when officers said two of the guards pulled out their guns.

"We believe that one or two of the security guards took out their weapons. They tried to tell the people to stop. They didn't," Lt. E. Pavel said. "Somehow they ended up shooting and that's how two of the victims got shot."

Investigators said the security guards who fired the gunshots left the scene.