Houston doctor was at Atlanta park when Olympic blast happened 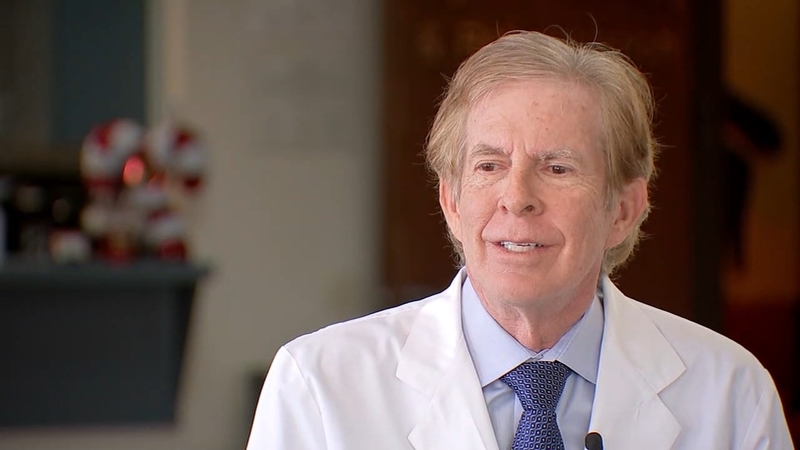 HOUSTON, Texas (KTRK) -- The movie "Richard Jewell" opened this week, and a Houston orthopedic specialist was among the first to see it because he experienced the 1996 Atlanta Olympics bombing firsthand.

Dr. Jack Jensen practices in Houston, and his patients include professional athletes and Olympic gymnasts. Twenty-three years ago, he was one of the U.S. Women's Gymnastic Team doctors, assigned by the U.S. Olympic committee. He also treated star gymnast Dominique Moceanu's leg fracture prior to the competition.

"I was walking with my wife across the plaza at Centennial Park," Jensen recalled the night of the bombing, describing the explosion. "It was enough that I felt the concussive force. People were running and confused."

His wife left and he stayed.

"I stood out because everyone else was running away. I was going toward it."

One person was killed and more than 100 were injured.

"They were hit by shrapnel. I went to the staging area and people recognized me as one of the doctors," he said.

He treated and triaged casualties until dawn.

He said he was concentrating on taking care of the injured, and didn't consider a bomb might have been behind the blast. Being in the medical tent put him in the presence of federal agents.

"I started listening to the FBI and all these people around me, because I'm in that space with them and they're talking that this is a terrorist."

Dr. Jensen also said there was a sense that Richard Jewell, a security worker who discovered the bomb, was identified too quickly as a suspect.

"It seemed like they were in a rush to find someone to calm the situation," Jensen said.

Eric Rudolph later confessed to the bombing, as well as other attacks.

He and his wife saw the movie a few nights ago, and it revived the memory of the event and that terrifying night.

"I left with a kind of post-traumatic stress, because I was in the middle of it. It's all about timing," Jensen said. "If we had walked a bit slower across the park plaza that night, and taken another turn, we might have been in the blast zone. It brought all of that back."